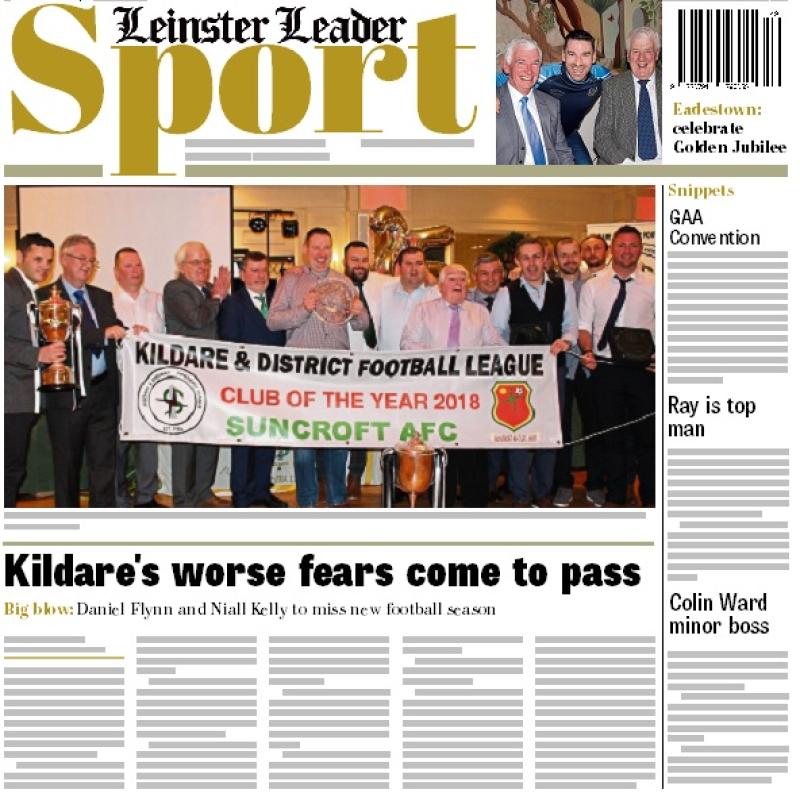 Kildare's worse fears comes to pass as Daniel Flynn rules himself out for 2019.

39 man Kildare football panel for 2019 is released with no other major shocks or surprises.

Kildare and manager and coach excited with new football rules.

A look ahead as Two Mile House bid to become Leinster Club IFC champions this Saturday.

KDFL celebrate their 25th year in some style a their Annual Awards in Keadeen.

Dogs: Eugene Price on fire with three winners in Newbrige.

All that and much more in this week's Leinster Leader Sport, in your shops now.