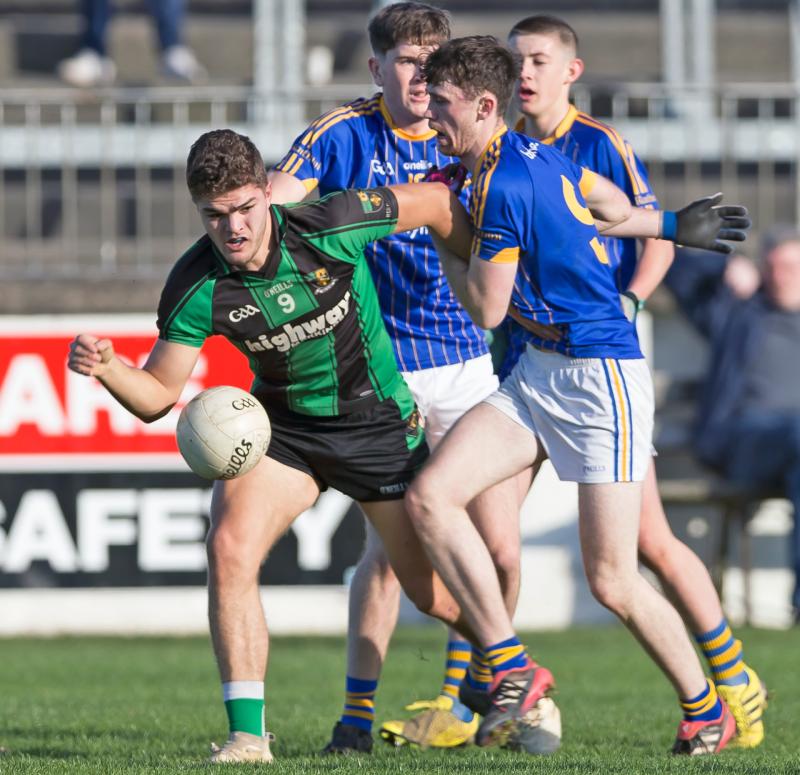 Jack Robinson was the star man in this thrilling Tony Donohoe U21 'B' final that went all the way to extra time before Robinson struck with a beauty of a goal in the 69 minute.

The sides were level at the break at 0-8 apiece but it was Raheens who had the better of the second half for long periods and a point from Rob Thompson in the 61 minute looked like it might clinch it for them but Balyna hit back with an equaliser from that man Robinson 0-13 apiece.

Two early points in extra time from Rob Thompson had the Caragh edging it but then that goal from Jack Robinson in the 69 minute put them firmly in the  driving seat.

Leading by three at the start of the second half of extra time, Raheens were awarded a penalty after Paddy Woodgate was fouled; he took the spot kick himself but Rory Phelan was equal to the task to deny him and in the end it was Balyna who held out for a four point win, 1-16 to 0-15, in a game that can rightly be described as one of the games of the season.