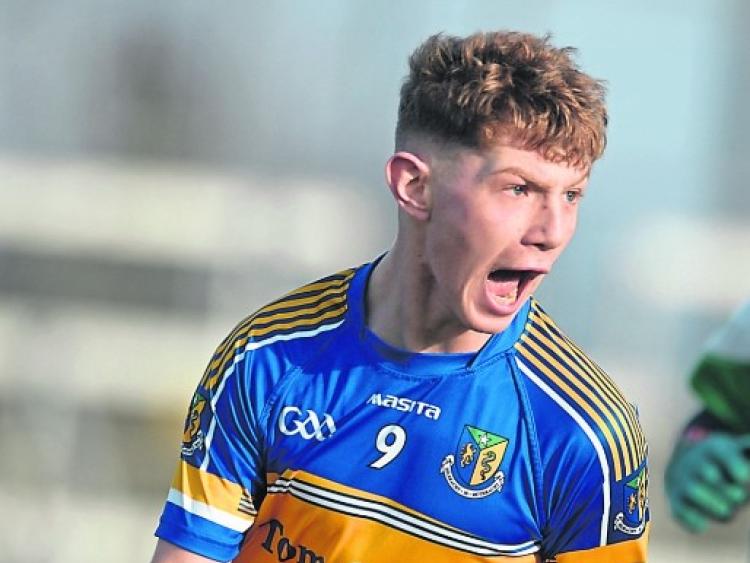 Naas were excellent in the opening half, taking full advantage of the wind and it paid dividends as St. Aidan’s could not cope with the intensity of the victors.

From the throw-in get go Naas looked sharp and organised, with some serious talent on show and registered the first four scores of the game to build up an early advantage and the game was 14 minutes old when the Kildare side got the opening goal.

A long ball in from Alex Beirne deceived the goalkeeper and ended up in the back of the net.

A poor kickout led to the Naas school’s second goal, with Alex Beirne winning the kick-out and setting up Michael McGovern who finished to the back of the net.

This left the gap at 12 points with just 15 minutes played and effectively ended the game as a contest.

Beirne and McGovern again teamed up for Naas’s third goal, with McGovern finding the net from close range to give his side a 17 point advantage.

Dermot Hanifin registered a fourth goal just before the interval and it looked set to be an embarrassing afternoon for St. Aidan’s.

John Foley slotted a penalty for the Dublin outfit just after the break, but that was as good as it got however, as Naas CBS cruised to a 17 point victory.