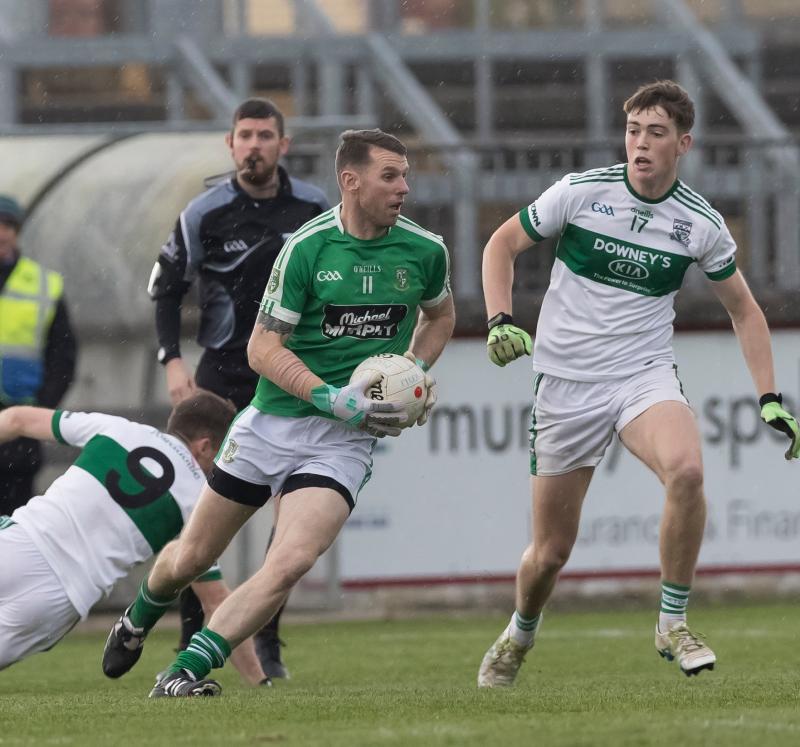 Portlaoise got the better of Moorefield and booked a place in the semi final of the AIB Leinster Club SFC with a three point at St Conleth's Park, Newbridge, this afternoon.

Portlaoise got off to a great start and dominated for most of the opening half, going in at the break leading 1-8 to 0-4, the goal coming from Craig Rogers in the 21 minute.

Moorefield came out with guns blazing in the second half hitting 1-1 inside 33 minutes.

Portlaoise got their shape back and tacked on a few points to keep the Moores challenge at bay with the lead never dipping under the three points.

With time running out Moorefield, trailing by three points threw everything at Portlaoise and could have been awarded a penalty for a foul on Ian Meehan but the referee did not  budge and the challengers held out for the win on a final score of Portlaoise 1-14 Moorefield 1-11.