Exciting times ahead for Kildare football

Eoin Doyle talks frankly about the U20s, the backroom changes; players stepping away, and much, much more 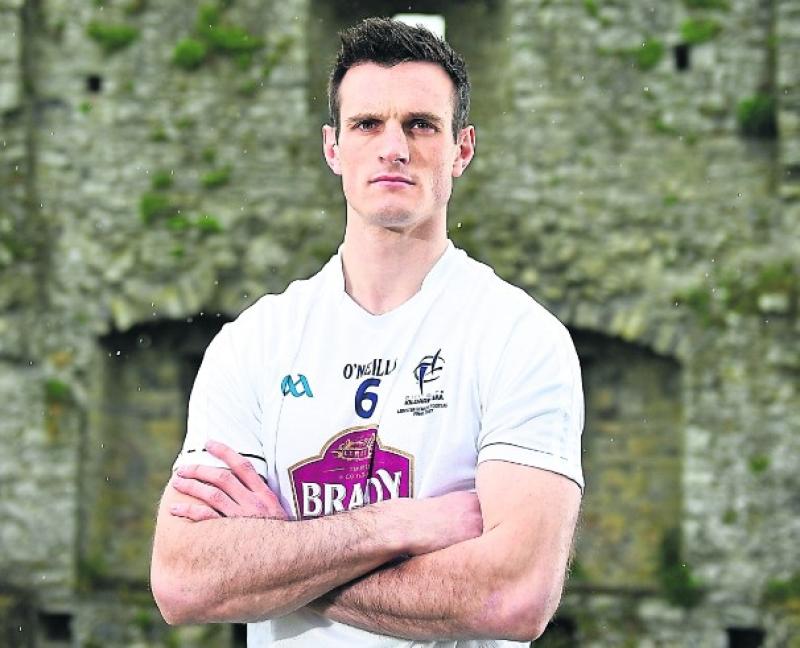 "I am really looking forward to the new season, these are very exciting times for Kildare football especially with many of the successful All Ireland U20s coming on board."

The words of Kildare captain, Eoin Doyle, who was guest of honour at the launch of the Top Oil Post Primary School Championship launch at Naas Racecourse this afternoon (Tuesday November 6).

"Yes there will be a good block of U20s, some were in last year, so it will be interesting to see what impact those lads will make and I'm hoping they are not going to hang around to wait for a couple of years before they make their impact; I would love to see them stepping in in the next couple of weeks and months; in the past we have said give those lads a few years but I would be urging them to go straight for it immediately and don't hold back."

It was a real upbeat Doyle who certainly showed his eagerness, even at this early stage, as he looked forward to the start of the League and next season's championship, as he also touched on the changes in the backroom and on some players decision to step away.

"Roli Sweeney and Enda Murphy (selectors) both left for different reasons, personal reasons which is fair enough; they have both put in massive shifts for us over the last couple of years and they just could not continue so a couple of new lads coming in and it will certainly be exciting to see what they bring to the table; different voices; different opinions, and some times that can be a good thing, I am really looking forward to see the influence of them."

It looks like there will be many changes on the panel?

"Johnny Byrne has stepped away, he couldn't commit but you need to realise the amount of time and effort that goes into training, even at club level it is mad now, you have to prioritise and unfortunately Johnny was unable to commit and that is the decision he has made; he needs to give time to what is going on in his life full attention, which is absolutely fair and I'd like to wish him the best of luck."

And what is the position with Daniel Flynn?

"To be honest I don't know what the situation is with Daniel, a lot of speculation in the media today but nothing definite yet.

"Gaelic football is a massive, massive commitment for a manger, coach, selectors and for the players if you are in there and you can give it 100 per cent you are a lucky man indeed to be able to do that and yes I would absolutely accept if players have to move on for various reasons."

Will you be having a conversation with, for instance, Daniel Flynn and a couple of other lads who may be thinking of moving on?

"Go in now and make an impact but in fairness with the minors and U21s over the last few years we have lads coming in who are winners and it is very exciting to see those lads getting involved, they are winners and they will come in and go on make their own history at senior level."

The Naas man added that it is also up to the senior lads that have been there to ensure that those U20 lads do not lose that winning mentality, if you get to 25 and you have not been winning your mentality can change and that is something we have to ensure does not happen so there are jobs for both sets of players, the new lads coming and the more senior lads that have been there for a few years."

On the proposed new rules Eoin Doyle said: “I'm not sure; the kick-out one I don't see how that is going to work; the one inside the 20m line I can see a bit of benefit about that but overall I have no issue whatsoever about trying them but from a practical level I'm not so sure how they will work; the sin bin, maybe I will keep clear of that, but do I think at times the game is inclined to get a bit of a bad press.

"I think there is still good competitiveness in football, both in the leagues and the championship and I'd hate to see us change and mixing and matching every year to try and make it a better spectacle but it is what it is, Dublin are ahead of everyone not just in Leinster, they are ahead of everyone and it is now up to the other counties to come up to that level and if we can all get up to that level, there or thereabouts what type of game would we have then, it's not up to them (Dublin) to come down it is up to the rest of us to come up to the standard they have set us all.”