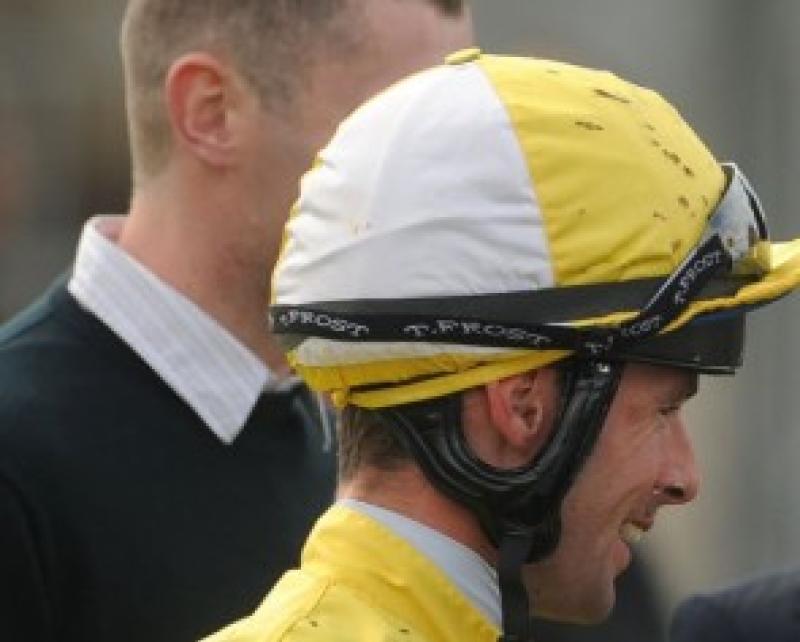 Davids Charm won a €100,000 handicap over hurdles just under a year ago and his last two flat runs caught the eye when winning a Gowran Park maiden with something to spare in September, the seven-year-old posted a terrific effort to finish second to Brazos in the Irish Cesarewitch at Navan three weeks ago.

Rory Cleary, who was beaten a short head on Highland Fling in this race last year, will once again take the ride on Davids Charm.

“He’s in good order and he’s come out of Navan very well,” said John Joe Walsh. “He’s coming back in trip a couple of furlongs but that should be fine for him as he won his maiden over ten furlongs.

“Hopefully we’ll get a drop of rain for him over the weekend. If the ground were to ease at all over the next couple of days it would be a plus for him,” he added.

Joseph O’Brien launches a two strong challenge for the November Handicap with Master Of Reality and Perfect Tapatino.

Master Of Reality carries the Lloyd Williams colours sported by Latrobe and will be ridden by champion apprentice elect Shane Crosse.

“Master Of Reality was a good horse in France. He was a little disappointing on his first start for us but he’s in good form, we think that he will like the ground and hopefully he’ll be able to pick up a share of the prize money,” reported O’Brien with champion apprentice elect Shane Crosse in the saddle.

Stablemate Perfect Tapatino has already won three times this season and comes here off a good second in a premier handicap at Leopardstown last weekend.

Willie Mullins saddles ten runners in his quest to bag another major staying prize on the flat and his team includes the English Cesarewitch second Uradel, the high class mare Limini and Stratum who won a valuable handicap at Newbury during the summer. Mullins last won this race with Clondaw Warrior in 2014.

John Murphy’s Irish Cesarewitch winner Brazos is also in the lline-up while Tony Martin’s Golden Spear will bid to repeat his 2016 victory in this race. He will once again be ridden by Conor Hoban who partnered him to that Leopardstown win two years ago.

Also on the card the Willie Mullins-trained Riven Light will bid to bounce back from an unplaced run in South Korea when he lines up in the Listed Finale Stakes. His rivals include the classy Ger Lyons inmate Mustajeer who runs for the first time since finishing an excellent fourth in the Ebor Handicap in August.

Naas Racecourse’s support for the local community will be highlighted through the presence of McAuley Place who will carry out a number of fundraising initiatives on the day to help with their tireless work in the heart of the town.

The McAuley Place Nursery, sponsored by Irish Dog Foods and the JF Dunne Insurances Supporting McAuley Place Maiden are two of the races on the card.

Sunday will also see Naas racecourse acknowledge the achievements of Naas GAA’s Minor Football team who completed the league and championship double this year. The Congrats To The Naas Minor Football Champions 2018 Handicap will be the second race on the card with the panel of Naas Minor players set to make the presentation to winning connections.

At 2.35pm the Naas Minor Football team will be joined by Naas clubman and Kildare Senior Football Captain Eoin Doyle in the Kids Play Area where they will set up a free skills zone for all kids in attendance under 14 years of age.

Aidan O’Brien, Donnacha O’Brien and Mrs Sue Magnier will be officially named champion trainer, jockey and owner respectively and will be joined by the champion apprentice for 2018. Tipperary native Shane Crosse currently holds an almost unassailable lead of five winners over his nearest pursuers Ben Coen and Killian Leonard. The 2018 season presentations will take place after the fourth race.