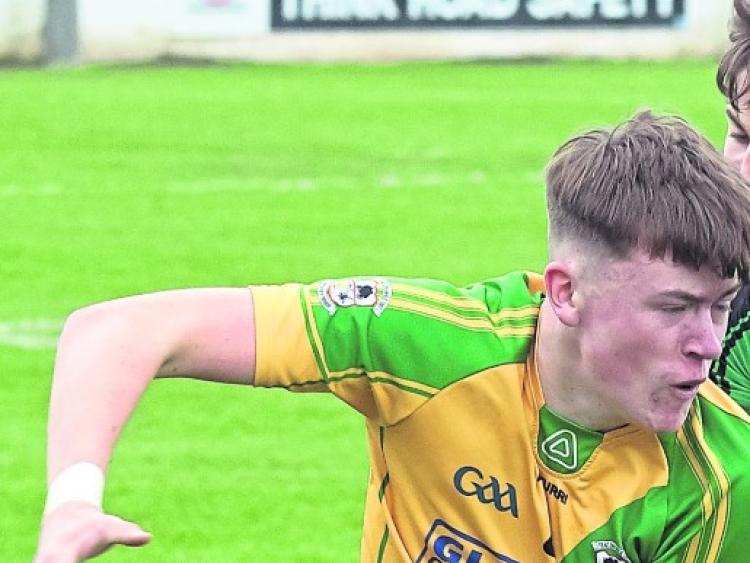 Two Mile House (Kildare) advanced to the next round of the AIB Leinster Club IFC defeating Shandonagh of Westmeath in Manguard Plus COE, Hawkfield, this afternoon by the narrowest of margins, 2-7 to 1-9, amid much controversy and even confusion after the second half lasted for some 68 minutes due to injuries, sendings off and many hold-ups.

Two Mile House keeper Didier Cordonnier was shown two yellow cards inside ten seconds in the 60 minute, the first for apparently kicking a ball away (despite two balls on the filed at the time) and, according to TMH manager Niall Browne, when the official asked him (keeper) for his name and when told he (goalkeeper) was asked to spell it and as he did he was then given a second yellow followed by a red; the referee, according to the Niall Browne, felt the player was taking the mickey.

In the end and despite being down to 13 men after  TMH's Shane D'Arcy was shown a straight red in the 64 minute, the Kildare champions held out for a one point win.

The House led by 2-4 to 0-6 at the break having played with a strong, bitterly cold wind in the opening half and showed tremendous courage and will power to hold out despite Shandonagh throwing everything at them, especially in the dying minutes.