Robert Mulhern recalls the longstanding contribution of one of Kildare football’s most reliable servants, Eamonn Callaghan 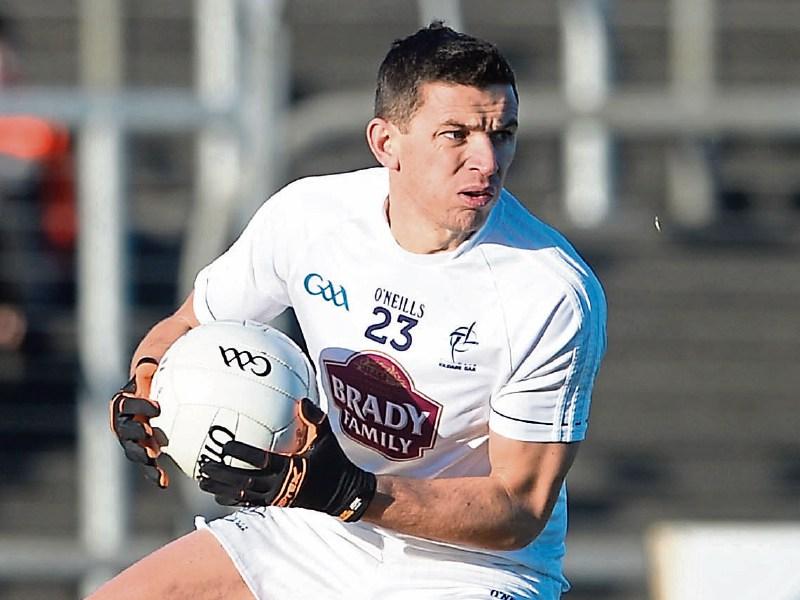 Eamonn Callaghan announced his retirement from inter-county football some weeks ago now and really, this column should have been written then.

Often, sporting careers that run as long as Callaghan’s did, spawn tributes and substantive reviews in the national Press. However, in that regard his was a largely quiet departure with little fuss, when really his contribution was worthy of a big one.

I don’t really know Callaghan — or ‘Leper’ as he is known — even though he and his family grew up just around the corner from me in Lakelands, Naas.

Yet being ever-present for Kildare over 16-plus seasons, the Lilywhite player became a familiar feature of every footballing summer since the early 2000s.

While some players weathered, thickened physically and lost hair, Callaghan, right to the end, appeared ever young as well as ever versatile.

The first time I saw Eamonn Callaghan play for Kildare was at U21 level against Dublin in Navan. He lined out as a defender but raided forward to score the kind of points that won praise in the Monday papers and such scores would later speckle his career.

It was a big afternoon in Páirc Tailteann, against players who would later become big stars for Dublin, but I remember being struck by Callaghan’s unflappability.

And in the years that followed he would always be thus.

I remember bumping into some of his family in Croke Park not long after he made his senior debut for Kildare and noting that, outwardly at least, they appeared just as unaffected.

This graduation was signposted from as far back as the back garden in Lakelands, it seemed.

It’s disconcerting now to look back at the list of former Kildare managers under whom Eamonn Callaghan served, because when you string them all together they represent the fall of a chunk of time.

And maybe the period of greatest influence came under the reign of McGeeney, when Kildare evolved into a consistently competitive force and Callaghan, a considerable force in his own right.

Through that period I watched so many Championship Sundays in some of London’s Irish pubs, where Kildare players, including Eamonn Callaghan, were name-checked by punters who either cursed or celebrated these on-screen performances.

The equalising goal against Dublin in 2011, soaring points against Monaghan the season before and so many similar scores in the seasons before that again and the seasons after — being from Naas ensured there was always an added joy in those scores and in those Sundays.

By the time Callaghan had grown into the captaincy of the county, it felt like he’d played in every line of the pitch, having completed the kind of annual winter service at Kildare’s Hawkfield training ground that should have shortened his career, not lengthened it.

Don’t forget this is a senior career that started around the same time Ireland got a new currency and Fianna Fáil were flying high in government. And enough years have passed since that I struggle now to remember what the old currency even looked like.

There are people way more suitably placed in Kildare sporting circles, and with infinitely greater knowledge of the game, to estimate this contribution, and no doubt have already have done. But personally at least, this career feels like a triumph of service and one worthy of acclaim because it was quietly forged and calmly executed in the fashion of the consummate pro.

Callaghan was never the kind of marquee player to pack out a highlights reel. His identity was bound up in being utterly dependable, consistently good and having incredible staying power. Of course, there were some spectacular moments and his late surge and goal against Down in the 2010 All Ireland semi-final remains a moment so vivid that I can still picture it, hear it, and feel the rumble of defiance that rose out of the stands in Croke Park.

When the veteran player entered late from the bench in Kildare’s win over Mayo in Newbridge in July, you sensed this was an inter-county career nearing it’s end.

But who would have guessed, way back when, that his service to Kildare would run for so long.