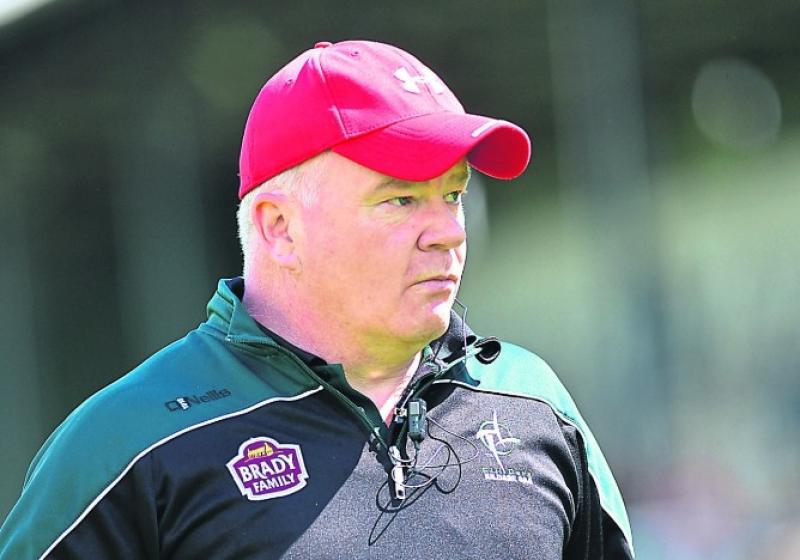 In many respects it is the end of an era with the departure of Joe Quaid from Kildare last week after managing The Lilies senior hurlers for the past three seasons, which culminated with winning the Christy Ring Cup final this season.
Joe Quaid, it has to be said, brought a breath of fresh air to Kildare and to hurling in general.
His candid views, whether after victory or defeat, were always something to look forward to and more importantly worth sharing with the hurling public.
Joe was a man who did not pull punches. What you saw is what you got; no hedging; no fudging; no couching opinion in diplomatic language. Joe said it as it was and called it as he saw it.
For a man who played at the highest level, wearing the no. 1 jersey for his native county of Limerick in two All Ireland senior hurling finals; a two time All Star, he probably thought he had seen it all, before that is he arrived in Lilywhite land.
There were a few aspects of hurling in Kildare that had Joe somewhat mesmerised, certainly in the early days at least.
One was the lack of interest some players showed in donning the white shirt of Kildare and some even refusing to commit to the county at senior hurling level.
It was something that really had the Limerick man puzzled. No doubt coming from a strong hurling county where any lad that was asked to join the senior ranks of Limerick would jump at the opportunity, and then to arrive in Kildare and after approaching numerous players only to find they were not committed to the cause was something of an eye opener, especially in the early days.
In fairness to Quaid, that was something he certainly turned around during his term.
He introduced many so called 'permit' players where players from strong counties were allowed to 'transfer' to so called weaker counties, while at the same time remain playing with their 'home' clubs.
Quaid brought several Limerick players to Kildare, as well as Kilkenny and Tipperary. He did so “as not enough Kildare players were willing to join the county set-up.”
Indeed when the 'permit' player rule was introduced it was a very controversial issue with many managers insisting that under no circumstances would they go down that line.
Joe Quaid played no 'permit' players in 2018 mainly, as he said himself, he did not need them having recruited many additional young native lads who were more than willing to put their shoulder to the wheel and represent their county.
And it certainly paid dividends when Kildare captured the Christy Ring Cup this season, albeit after a very disappointing league season that saw The Lilies go through their programme without a win, eventually being relegated but as the manager insisted all along Christy Ring was the no. 1 objective in 2018.
One other aspect of hurling in Kildare that had Joe Quaid puzzled and it is something he brought up time and time again during his three spell in the county, and that was the lack of support from fans.
On one occasion Joe remarked “I think I know every hurling fan in Kildare personally at this stage” as he lamented time and time again the small attendances at games particularly at St Conleth's Park.
Quick witted; a great man for the one liners and always willing to offer his opinion on anything regards hurling, he was regularly critical of the way the so called 'weaker' counties were treated by those in authority.
Running the Christy Ring off in a matter of six or seven weeks is not the way forward insists Quaid. “Summer time is the real hurling time, when the sun is shining, the pitches are hard and the sliother is flying but many of my players (Kildare) never played in those conditions as by the time the summer arrived the Ring Cup, along with the other Cups outside of the McCarthy, were well finished.”
Joe Quaid can certainly look back on his time in Kildare as a successful period, where he raised the standards; brought huge belief to his players that culminated in silverware in 2018.
Now that Quaid has departed the next manager will have big boots to fill. There has been a lot of progress made over the past few seasons.
Yes of course there has been disappointments; many disap-
pointments over the past three seasons but there has also been many positives including winning league promotion and of course capturing the Christy Ring Cup was no mean achievement.
Who will succeed Joe Quaid is the next big item on the agenda. Getting the right person is vital if the success of winning the Christy Ring Cup is to be built on.