Kildare's Adrian Melia (RIP), and Anne Maher honoured by the FAI for work and dedication 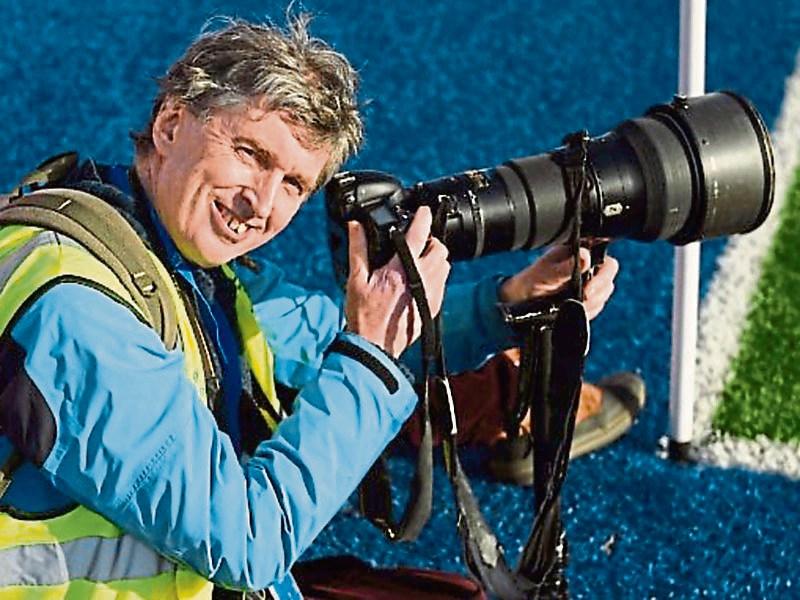 It was a big night for the KDFL in the Rochestown Park Hotel, Cork last Friday night last as we celebrated on the national stage two stalwarts of the Kildare & District Football League grassroots football.

The League joined with the family and friends of Adrian Melia (Kildare & District League Photographer 1994 to 2017) as he was posthumously awarded a John Sherlock Services to Football Award and Anne Maher (Enfield Celtic) also received the same award. Both will join previous winners Michael Casey (Chairman KDFL) and Anthony ‘Snigs’Brogan (Newbridge Hotspurs FC) in the history books of the League.

It was a great honour for the KDFL and indeed to the family, friends and Clubs of the recipients to be acknowledged on the National stage.

From the crazy hats to the techicolour scarf and infectious personality he commanded the respect, admiration and gratitude of all who were lucky enough to know him.

Since 1994 Adrian had been adorning the sidelines of every pitch across the County of Kildare and beyond as he encapsulates the very best of grassroots from the League in spectacular imagery for the local and national press.

An ardent supporter of the KDFL since its foundation he prided himself on ensuring he covered every single team in the League each season and last year was no different. A professional to the end. The KDFL’s success over the years is attributed in no small way by the exposure it has been afforded in the provincial/national press and on radio. Adrian covered games for the KDFL for various publications weekly.

Each season he would promptly request a copy of the Divisional structure from us and set about covering each and every team in the League. Adrian passed away peacefully surrounded by his loving family on November 13, 2017 just two days after he cover his last game for the League.

Anne Maher (Chairperson) Enfield Celtic Football Club was the driving force behind the recent development of the Grounds in Enfield.

She was described by FAI CEO John Delaney as a very ‘rare’ and ‘fantastic’ person in terms of her work rate within the Club. Anne's work behind the scenes has seen the club flourish in recent years in terms of participation at all age groups. She has a ‘never say die’ attitude and we believe is very hard to say no too.

She likes to be involved in all aspects of the Club structure and recently attended one of our Safeguarding workshops in Newbridge. We had the honour of meeting Anne last year at the official opening of the grounds and she certainly lives up to her reputation.

Congratulations Anne and well done from all of us in the Kildare Football Family.