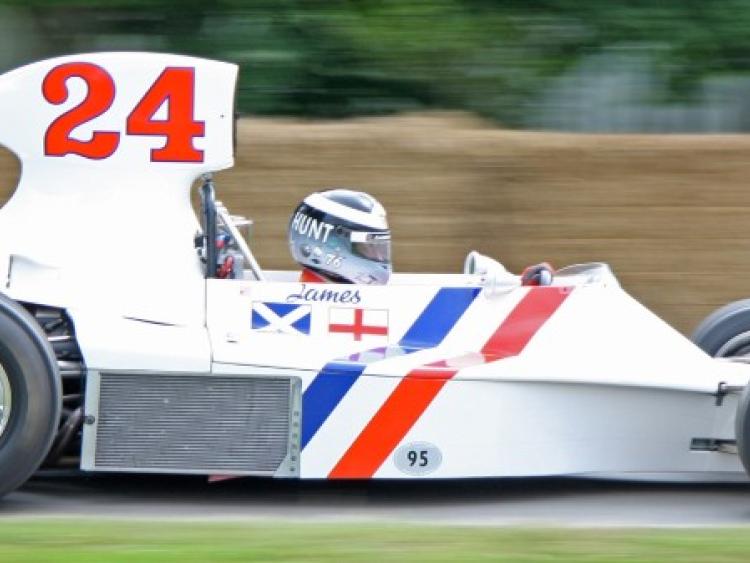 The home of Motorsport in Ireland, Mondello Park, has an important place in the sporting life of Co. Kildare, and this weekend, Saturday and Sunday August 18 and 19, Ireland's only International
Race Circuit will celebrate 50th years of Motorsport with a Historic Racing Festival featuring Car and
Motorcycle Racing.

The 50th anniversary event will also celebrate the life of, and remember, circuit owner Martin Birrane who recently passed away. Martin Birrane rescued the venue from extinction in the 80s and his investment and dedication to Mondello Park turned it into an International standard track capable of hosting major events such as the World Sports Car Championship, European Historic Car Racing, British Superbikes and British Touring Cars.
The venue was originally built on land owned by Jim Morrin who lived in the cottage which up till recently housed the Mondello Park offices. The cottage was called after the town of Mondello in Italy and when the adjoining land was developed into a race track, it assumed the cottages name and became Mondello Park.
Along with Stuart Cosgrave and Eddie Regan, Morrin oversaw the initial development of the circuit but as it endured severe financial difficulties in the 70s the track was taken over by a consortium of Irish
Motor clubs, before passing into the hands of Mr. Birrane in the 80s.

In 1998 the track was extended to its full International length and in 2000 the new pit garages, control tower and paddock were added, paving the way for the arrival of the biggest International events in the tracks history.
In recent years Mondello Park has concentrated on developing its domestic events and particularly the
Masters Superbike Championship which is one of the biggest success stories in Irish Motorsport.

For the Historic Racing Festival however, International Car racing will return with the arrival of one of the most popular European Race series for old Racing Cars, the Derek Bell Trophy; The championship will bring a field of Formula 1, Formula 5000, Formula 2 and Formula Atlantic cars from the 60s and 70s to Mondello Park and the sights and sounds will bring back memories of the heyday of single seater racing in Ireland.
Local interest should be stirred by the appearance of one of the biggest names from the history of Irish Motorsport. Dundalk's Tommy Byrne, who came to the attention of many through the recent film
documentary Crash and Burn, will drive an ex James Hunt Formula 1 Hesketh in the Derek Bell races, the first time he has competed at Mondello Park for more than thirty five years.
Alongside the Derek Bell Trophy there will be races for Irish Historic Cars in three different categories as well as Classic Motorcycle Races.

The event will include displays of Classic Racing and Road Cars, Demonstration laps by cars from the Mondello Park Motorsport Museum, displays of vintage aircraft and a flyover by a number of historically important Irish Aircraft.
With loads of side attractions, including music and a gin bar, Mondello Park's 50 anniversary
celebrations will be well worth a visit.

Details of the event can be found at www.mondellopark.ie.