All the weekend results todate 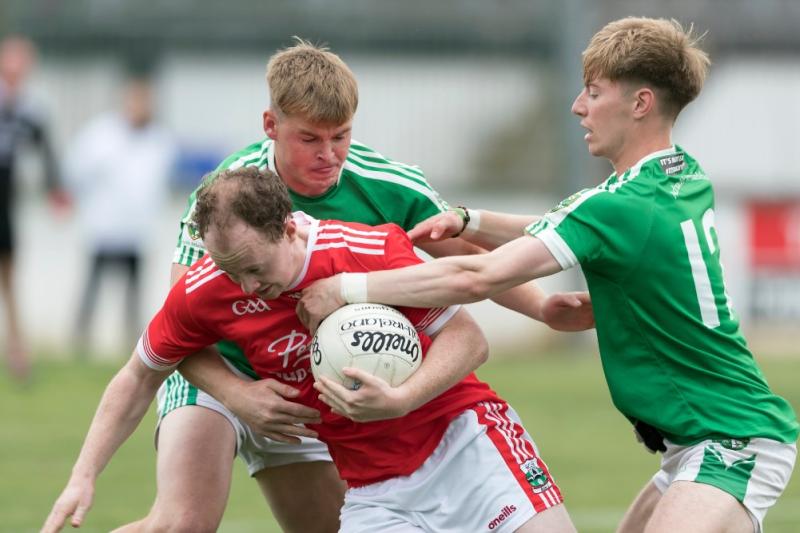 Sean Ronan, Athy, tries to break through Adam Tyrrell and Mark McDermott of Moorefield in the Leader Cup final

There was just a point separating the teams at the break as Athy led 0-6 to 0-5.

In the second half Athy took control early on, increasing their lead to four but The Moores hit back to reduce the gap to just a single point.

There was no denying Athy however and with five points from Niall Kelly throughout the hour, they held on to win by three with two late points halting the Moorefield comeback.