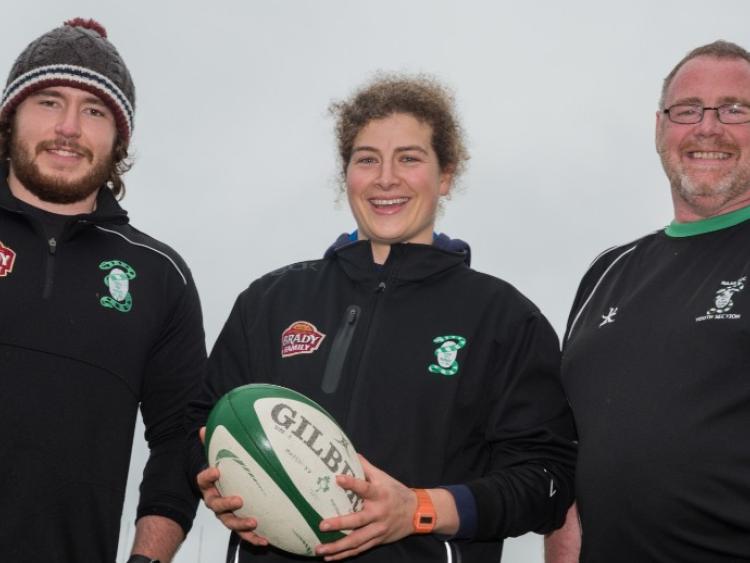 Jenny Murphy is one of the most recognisable names in Women’s Rugby and she is now ready to tend her hand in coaching the first ever Naas Senior Ladies Rugby team.
Its quite a coup for the Naas club to get someone of Murphy’s stature and the former Irish International is keen to help out as the team gets started.
“Some of the girls have been playing underage with Naas for a few years and others at the open training evening was their first time throwing around a rugby ball which is part and parcel of Women’s Rugby but it was good even if you couldn’t really take things from that session as everyone was enthusiastic and threw themselves into it and that’s all you really want for the first training session of the season so looking forward to upping the scales, aggression and physicality and see where we go from there.
“Its four weeks to the first game and we are hoping for a warm up game before then so it will be a good start”.
Murphy is currently sidelined with a cruciate ligament injury and while she hopes to eventually get back on the field, for the moment all her eyes are on continuing the club’s recent success.
“There is huge numbers of girls coming into the club, I remember around this time last year I was in with the minis and there were swarms of kids up around my hip height with scrum caps on and everything so when you have an underage setup that is strong, you want them to be able to progress and stay in the same club where they learned their skills so this is ideal.
“The more the merrier and hopefully some of these girls can potentially go on and wear a different type of green jersey so that’s what you want but for the moment we are focussed on doing well for Naas”, she said.
Helping out with Murphy is current Naas player and former Irish Under 20 star Adam Coyle and he was thrilled with the effort the girls put in on the opening night.
“The training was good, just watching them there doing the drills they took what we said on board and it was nice seeing as we did the drills they slowly progressed better and better so it shows there is a willingness to learn there and a hunger to play so its exciting to see how it goes for the rest of the season”.
Coaching has always been on the radar for Coyle and this role provides him with the perfect opportunity.
“Coaching was always something I wanted to get into and pass what I know down to other people not just in Naas but anyone who will listen. It was a good opportunity when I was asked to do this and help a few young girls on the team progress improve their Rugby so how could I say no”, he said.