Lilies fade away after red card

Lilies no match for Kerry in second half 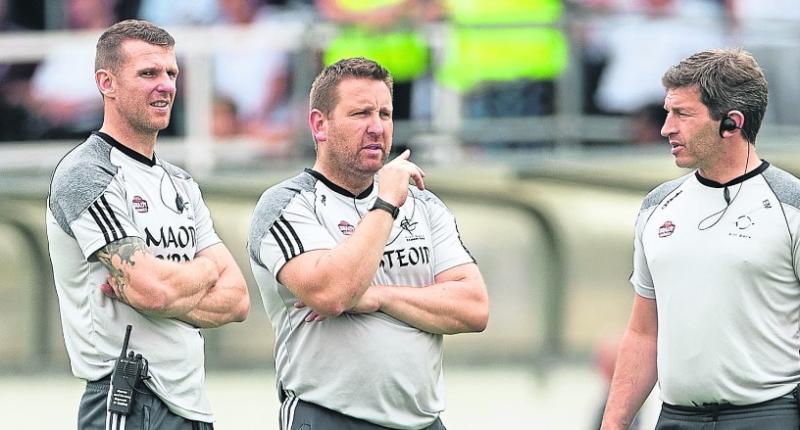 The second off just before half time of Neil Flynn followed by a black for David Hyland, coupled with a give away goal at the start of the second half saw Kildare easily defeated  by Kerry on a final score of 3-25 to 2-16.

Kildare dominated early on and led 0-8 to 0-4 after 19 minutes but were hauled back when Kevin Flynn made contact with David Moran and David Clifford fired with resultant penalty to the net.

Kerry took control and went ahead for the first time on 26 minutes,  a point from David Clifford.

But Kildare hit back quickly and decisively, Chris Healy making a big impression, he set up Neil Flynn who made no mistake to fire to the net.

Kildare were suddenly dominant and increased that led to 1-12 to 1-6 but were hit with a hammer blow when Neil Flynn was given a straight red.

Then just at half time David Hyland saw black as the half time arrived Kildare leading 1-12 to 1-6.

In the end Kildare had just 12 on the pitch with Mick O'Gady picking up a red and Paddy Brophy a black.