Young Lilies just 60 minutes away from All Ireland glory 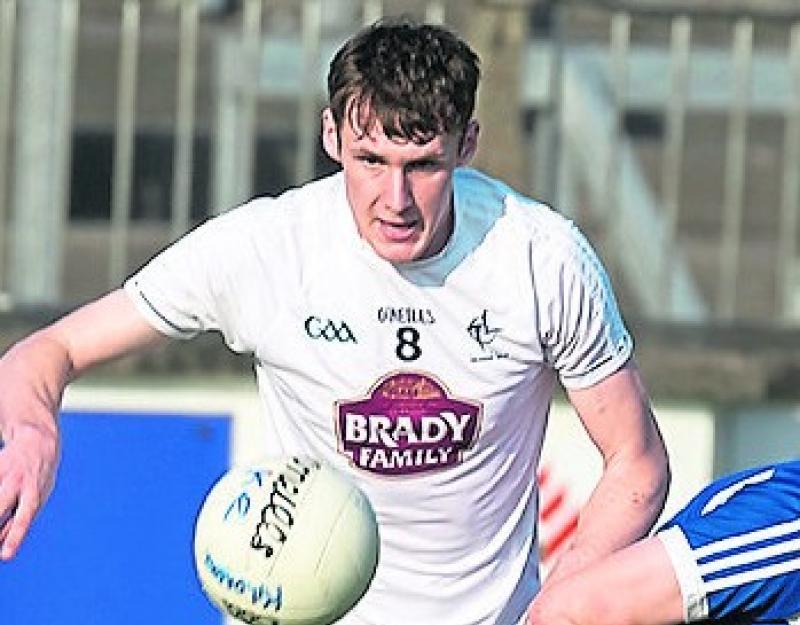 It may have been two years or so ago now but rarely, it seems, has one game had such a big effect on players as that All Ireland MFC semi final against Kerry had in 2016.
The Lilies took a 22 point hammering on that occasion but Kildare U20 manager, Davy Burke, has certainly used that experience giving his side an added incentive prior to the U20 semi against Kerry a few weeks ago.
Talking to various players who were involved in that game, players such as team captain Aaron Masterson, centre back Jason Gibbons, top player Jimmy Hyland and utility player Sam Doran, all brought up that Kerry defeat in after match comments and again as we looked forward to Sunday's big clash with Mayo in Croker Park.
Captain Aaron Masterson told us minutes after the semi final, the sweat still dripping from his body “that was a huge incentive to us; we knew that day two years ago we let ourselves down and we were determined to put things right and thankfully we did that.”
While Jimmy Hyland said he felt “somewhat embarrassed after that loss but thankfully “while it does not make up for that defeat this win today (versus Kerry) gives us great satisfaction and indeed confidence for the All Ireland final.”
Kilcock man, James Gibbons, who has been a tower of strength at the centre of the defence throughout this campaign admitted “there has been a lot of ups and downs but we have improved as the season went on and thankfully we now find ourselves in the final” and while admitting that final few minutes against Kerry were not part of the plan “nevertheless we got over the line and that's all that counts.”
Going back to the Leinster final and that win over Dublin, another great day?
“Ye, of course; any day you can beat Dublin is a good day, you know this thing that Dublin are unbeatable, especially in finals, well it was great to topple them.”
And were you as a team confident going into that final against Dublin that you could win?
“We are always confident we can win; that's the way we think; the way we are coached and train; it's all about winning but we had a good feeling going into that game; we trusted each other and we knew what we had put into it.”
Sam Doran emphasised in our pre final chat of the strength in depth of this Kildare panel.
“One thing I notice this year and a lot of the lads have been saying it, there is more competition for places on this team than any of the teams we have been involved in before; it is standing to us; we are finishing games very strong; bringing in subs but keeping the standards up.
“I remember the first game we had at the start of the year talking among our-
selves, we counted something like 11 forwards, any of whom could have started but even in that there were a few very good players that didn't even make the panel so there really is serious competition.
“I feel it is that com-
petition that drags players on; we don't need Davy, or Evan or Deckie shouting at us; the competition for places is doing that; lads are playing maybe to make the panel; maybe to push on to the team; so it drags everyone on itself.”
No doubt Kildare face a big task against Mayo on Sunday. Mayo were underdogs going into their semi final against Derry but, just like Kildare, they dug deep, fought like tigers and at the end of the day came out on top 2-14 to 2-11.
Huge game for The Lilies is this one. All Ireland titles don't come our way too often; these lads have been through a lot over the past few seasons and winning an All Ireland final would certainly be the icing on the cake for them.
Here's hoping!