James Roe makes his US mark in brilliant weekend of racing 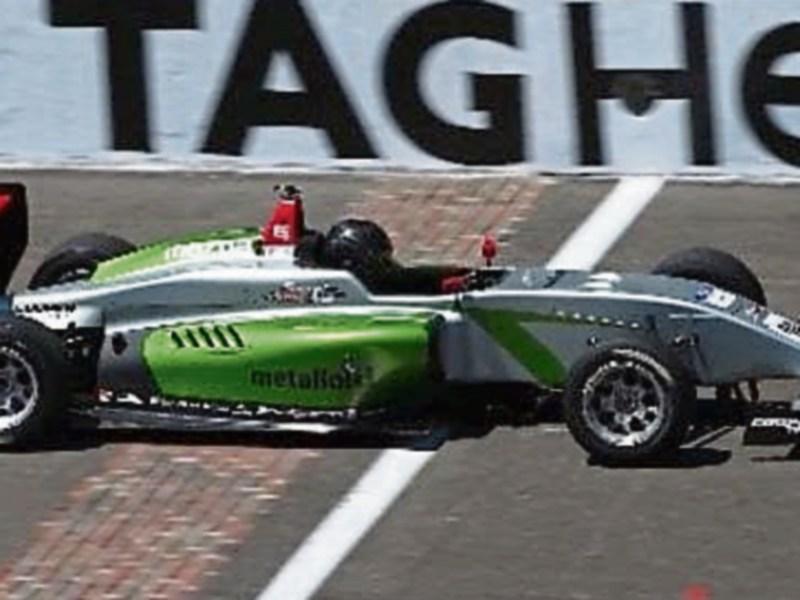 Just three weeks after making his deput in the US and Naas driver James Roe is already making his mark following an epic four race weekend with a dominating F2000 win at Watkins Glen driving for ArmsUp Motorsports.

In Race 1 Roe Jr. qualified 15th and finished 12th in a solid, smart, incident free drive in his USF2000 debut.

In Race 2 the Naas driver qualified 10th and worked his way towards the front running as high as 4th and finishing 5th.

“Overall I am really pleased with how the weekend went,” Roe Jsaid. “I knew it was going to be a big challenge just jumping in and racing. The biggest thing to learn was how to get the most out of the tires in qualifying. I figured it out by the second qualifying session. To come away with a Top 5 finish in what is the most competitive series I have ever driven in is great! I again have to thank Fred Edwards, Mirl Swan, Aaron Telitz and all at Swan-RJB for making it happen. I cannot express how impressed I was with the team. I am extremely thankful for the opportunity I got.”

James Roe arrived at Watkins Glen just as qualifying began. With no practice time Roe literally went from the plane to his race car with the set-up his ArmsUp Motorsports team provided him. On a wet track Roe Jr. qualified his ArmsUp Motorsports car on the front row in P2. His impressive wet qualifying performance would foreshadow greater things to come later in the weekend. In Race 1, Roe Jr. started on the front row but just didn’t have the power to run with the leaders. Roe Jr. focused on bringing the car home unscathed and finished 8th.

In Race 2, which was held just 3.5 hours after the conclusion of Race 1, Roe Jr. started in 7th position. Still seemingly down on power Roe he had worked his way up to 6th about midway through the race … then it started to rain. In a stunning display of car control, Roe quickly moved from 6th to 1st in a matter of just a few laps. Once Roe  seized control of the race, lapping 3 to 4 seconds a lap quicker than his closest rivals, he never came under pressure ultimately winning by a margin of more than 24 seconds.

“I arrived to the track with a championship points damage limitation mindset as I had never been there before so I wasn’t expecting anything special in qualifying,” said Roe. “To put it on the front row was extremely satisfying considering we didn’t even have enough time to put a wet setup on the car. Race 1 was dry and it was quite obvious something still isn’t right with our package in dry conditions. None the less I just tried to hang on and get points.”

“Race 2 was crazy. I again fell back at the start. It then began to rain and I just kept pushing til I found the limit and focused on picking the opposition off one by one. To win by 24 seconds was an amazing feeling.”

“Overall the whole weekend went really well. To race at Indianapolis Motor Speedway and Watkins Glen on the same day was special. I have to thank Gregg Borland from ArmsUp Motorsports for getting me up to Watkins Glen. If not for Gregg it would not have happened. I also want to wish Dave Weitzenhof a speedy recovery after his scary incident at the start of Watkins Glen race two “