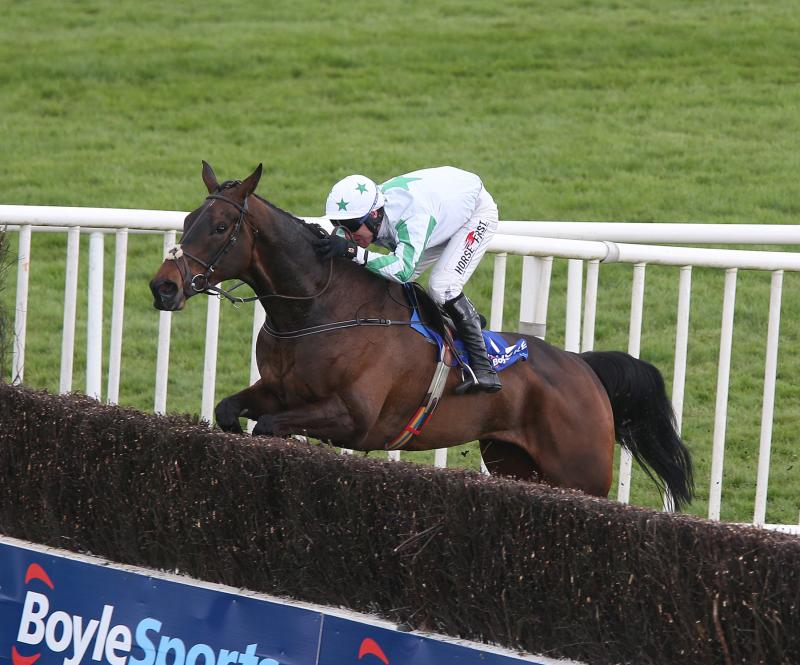 Our Duke in action at the at Fairyhouse in 2018.

Our Duke, winner of the 2017 Irish Grand National, which was trained in Kildare has died following a heart attack this morning.

We are sad to announce Our Duke died this morning following his usual morning exercise. He suffered a massive heart attack. He is a great loss to the Cooper family & our team. pic.twitter.com/s1sTGzHCY1

Our Duke was owned by the Cooper Family Syndicate from Camross, and counted the 2017 Irish Grand National as his biggest victory. Billy Cooper lives in Clonbrock near Rathangan.

Our Duke's last victory came in the Red Mills Chase in Gowran earlier this year.

He was also one of the favourites for this year's Cheltenham Gold Cup, but struggled on the day and didn't finish the race. He was due to defend his Irish Grand National title this year also, but did not feature in the race.

Our Duke won a total of six races in his career, winning nearly £350,000 in prize money.

He said; “I had ridden him in the morning, it was just a routine canter. He didn’t feel great but I just put it down to coming to the end of the season. He died from a heart attack in the stable half an hour after riding out and it was a terrible shock. It’s truly devastating for everybody in Jessica Harrington’s yard, he was a stable star there. It’s especially devastating for the Cooper family and Tracy Piggott who rode him out every day.”

Power went on to pay the highest of tributes to Our Duke by rating him as one of the best he’s ever ridden: “He’s right up there at the top. The performance he put in to win the 2017 BoyleSports Irish Grand National will live long in my memory. It’s one of the best feels I’ve got off any horse I’ve ever ridden.”