COUNTDOWN TO PUNCHESTOWN: New Hunt Stand a long way from festivals of yesteryears 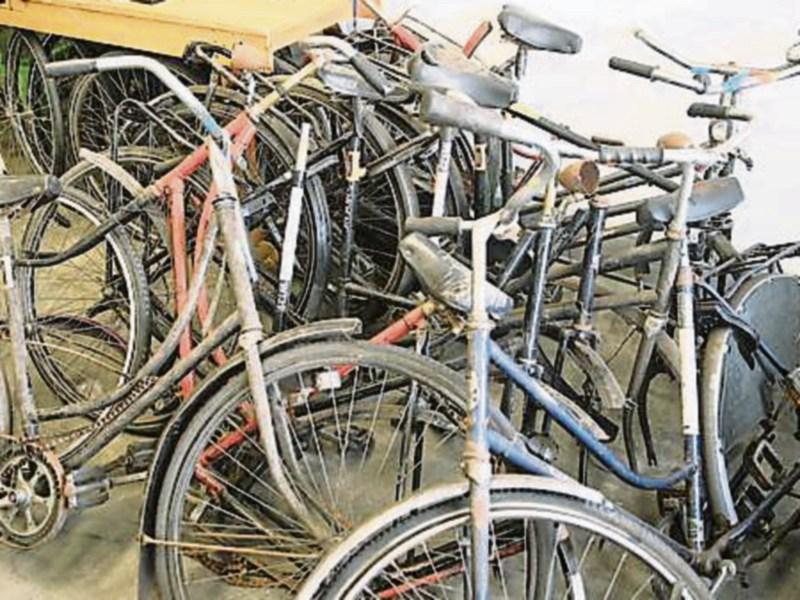 Well Holy God who'd believe it, a spanking new stand will be officially opened on Tuesday at the home of the National Hunt Headquarters in Punchestown.

Manager Dick O'Sullivan told us the other day he wasn't sure yet who would be doing the honours but I assured him if there is a photo opportunity, a good news story, there would be queuing up to cut the ribbon.

Some turn around for Punchestown, it's not too long ago they hadn't a pot to do you know what into, yet here they are putting the final touches (almost) to a €6 million revamp, all that is left is the upgrading of the entrance which will be carried out  after this year's festival.

All for the good it has to be said, but all a long way from what we knew before Dick O'Sullivan rode into town.

Back in the time of dot, as they use to say,  our preparations  for Punchestown began about two weeks before Walking Sunday.

We trained hard in Naas, up on the green area between the ESB houses (St Gabriel's Place) and the canal.

We built a few grass 'fences' and galloped around with a twig til the legs were ready to fall off, all in preparation for what was then a three day event.

Walking Sunday done and dusted it was all systems go for the Tuesday, Wednesday and Thursday.

Money saved, we headed off early with the bundle of sambos, out to the hurdy gurdies, the roulette table, the swinging boats and what ever.

Most walked but many more  went on their, far  from expensive, bikes.

Jack Fennessy minded the bikes, gave you a cloakroom ticket, attaching  the other half to the handlebars but it matter little if you lost your ticket or if the wind or rain blew  it away  as Jack was a bit like Naas shoe repairer  Bill Glennon, he always knew which bike was yours, the same way as Bill Glennon can pick out your shoes despite being in the middle of a pile at his New Row Headquarters in Naas.

If the day was warm Jack's better half, Lizzy, who had a sweet and fruit stall there for years, would  mind the coats,  and never charged as much as a penny

Roulette was my favourite. It's where (unfortunately) I got my love of short priced odds. Always backed the black on the roulette table, though  at even money the return wasn't great; the odd time I moved away to the red (2/1) but always returned to the  even money shot.

It took us a long time to cop on that the outsider colour (was in sky blue?) at odds of 20/1 and while it did come up from time to time but for some strange reason, only when there wasn't even a penny on it.

We live and learn.

How time flies as the years moved on we graduated to having a bottle of stout in McTernan's marquee; well it was really a tent but the Punchestown folk like to refer to  as a marquee (more upmarket).

The sambos there , with the corners turning  towards the sky  as the day wore on, always seemed to attract flies, but for some reason never heard of anyone getting a dickie belly  from one.

On we moved to the Long Bar as the Festival 'outside' was losing its appeal.

The Long Bar was probably colder than what McTernan's tent (sorry marquee) used to be. When a door at either end of the Long Bar opened a wind came through that would practically lift the cork off a bottle of stout.

Still it was a great spot; no shortage of 'Guinness is Good for You' signage along with Sweet Afton and Players for the smokers;  Club Orange was sold with a straw while if you managed a bag of Tayto you first had to search for a small sachet of salt inside the pack.

On and on we went.

The improvements were coming thick and fast and remember this is a time when you had to pay ten shillings to park a car, if you had a car that is.

A time when Christy 'Nuts' Higgins was in charge of the jockey board. The experienced  jockeys had their names painted on  while those less known would be chalked up; the fact that it was often lashing rain made no difference, even if the names were illegible.

The number of 'stalls' were steadily increasing  with all sorts of everything available for purchase.

The Curragh Command had a bar in situ for many a year. A great place to get into  if you could get by the stern looking fella in uniform who looked very officious at his post. The bonus in that 'tent' was a pint came in a glass as distinct from a plastic tumbler  in all other areas.

Sure we couldn't be having the officers of the Defence Forces slugging pints out of  plastic glasses now could we.

Then the Naas Traders 'tent' arrived.

A great place to meet.

And while it was called, and still is called, Naas Traders, there were more folk from Kilcullen, Newbridge and every other town and village  in the county in situ,  all packed in and enjoying themselves.

The Schwers, Peacockes, Clarkes and Collins from Kilcullen, all annual visitors. The Judge (there's only one) would pop in, after spending some time  in the Champagne Bar beforehand while  the late Willie Callaghan would complain (annually)   there was no Powers only Jameson to be had in the place.

Tony McCormack and Frank Flanagan were frequent visitors along with the McAllisters, the Conways, the Cronins, the Sourkes,  would rarely miss; the  McGrath's, the Ryans,  the Cahills and of course it wouldn't be held without John Greely, Ollie Teehan, Vinny Walsh and his entourage.

A visit to Punchestown without a visit to the Naas Traders would be considered by many  a big no no.

But now as we enter a new era, a spanking new Hunt Stand; improvements in every area bringing the place up there and better than most, the mind still rambles.

Back to the time when money was  scarce; the hurdy gurdies, the swinging boats, the bumper cars; the  few coppers  on the roulette; Jack Fennessy; the 'Nuts' Higgins;  the bottle of stout in the Long Bar and all the other various happenings and goings on that we all love to remember and reminisce about.

Now ...  anyone hear anything for the First?

Get the 48-page Punchestown Supplement with this week’s Leinster Leader, in the shops now.