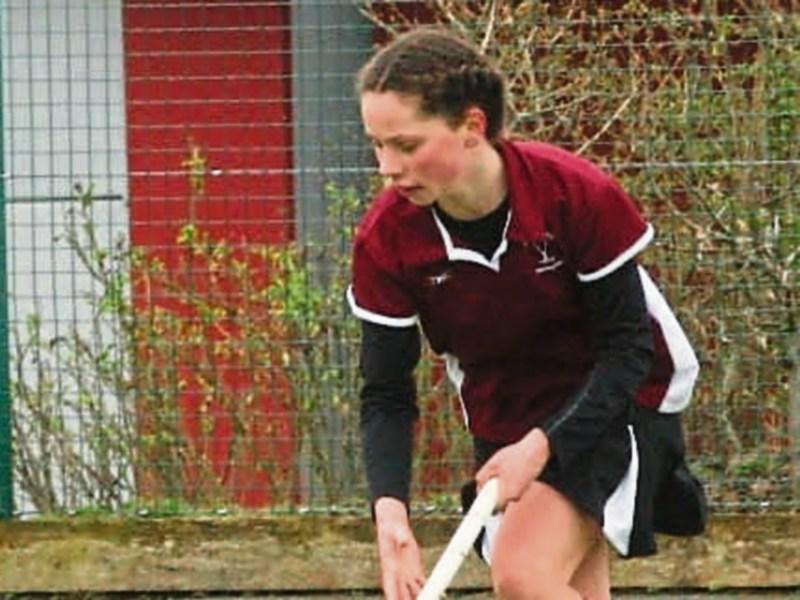 Newbridge Hockey Club star, Caoimhe Byrne has been called up into the Ireland U16 hockey squad and will soon travel to Germany to compete and wear the green jersey for her country in the tri-nations.

Caoimhe joined Newbridge  club when she was in 3rd class at 8 years of age.

A pupil in Newbridge College she plays for the Junior A's and the Senior A's and is coached by Gavin Groves.

She was nominated by her club, and her school, for the Leinster Development squad when she was in 1st year and was then selected for the U16 Leinster Team to play in the Interpros tournament in Belfast in October 2017.

Newbridge coaches,  Sandra Whelan and Lynda Harmon, have nothing but the height of praise for Caoimhe.

“Caoimhe caught our eye from her very first touch of the ball. She just had that special something, a natural so to speak; she was always so composed on the ball;  she excelled in every training session and every blitz; her attitude both on and off the pitch was second to none; she led by example on the pitch and was always so eager to learn and to improve and we wish her the very best of luck in the remainder of her journey with the Irish U16 squad.