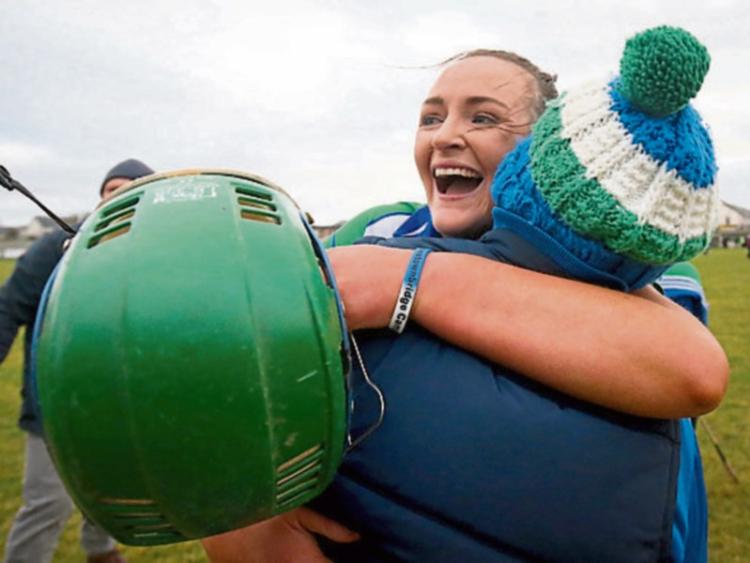 All roads lead to Corker on March 4, as the ladies of Johnstownbridge are looking forward to their third All-Ireland camogie final in three years.

Having won the last two Junior Camogie All-Ireland's they landed a spot this season's Intermediate final with a victory over Tyrone's Eglish on January 28, winning despite not scoring in the second half.

Star player Siobhan Hurley said it was a mixture of "joy and pure relief" when the final whistle blew.

They now take on Athenry of Galway in the final.

Siobhan said to win would be the “ultimate dream”.

1. This is the first time a Kildare club has reached an Intermediate camogie final, how does it feel making history like that?

Yeah it sounds good when you hear it and I suppose when we're older it's probably something we'll look back on and say it was great, but at the minute we don't see any achievement in making the final, the only history we're interested in making is winning an all Ireland!

2. Obviously you're no stranger to All-Ireland finals, but I'd imagine there's something sweet about reaching this one?

Yeah of course this one is extra sweet. You're playing with the girls you've grown up with, your best friends in the world,  you're representing your home town and you see directly how our success has affected the people of the village. It has given the place a huge lift. It's massively special to be able to go out and play an all Ireland final with your family and best friends and we all feel very lucky to be in the position.

3. 2017 was a massive year for the club, and for you personally nominated for league player of the year, what do you put the success down to?

Yeah it was quite successful I suppose. We have Aoife Trant who was nominated for a Soaring Star on the team too as well as Clodagh Flanagan who got Kildare camogie player of the year so there has been great success for individuals and the club this year. I think anyone would tell you that any sort of success comes down to the calibre of your teammates. There's massive spirit in our team. Everyone pushes themselves and push each other all the time at training that's when the whole team excels. It comes down to spirit as well. We have a never say die attitude and will fight until the bitter end for a result. We also have an amazing management team who leave no stone unturned to make sure we're prepared for every game. They do massive work to make sure that all we have to do is go out and play, we never have to worry about anything else, we have a group of mammies who make dinner, brown bread, scones and banana bread for us after every training and of course great physios to keep us injury free. We're probably one of the best looked after teams in the country so it's a combination of everything really. A real team effort to ensure everyone is at their best when it's needed! Then it's just up to us to go out and play when the time comes!

4. You face Athenry of Galway in the final, will they be a tough opponents?

Yeah I don't know much about them to be honest but I know that historically the club would be excellent. You'll never expect to meet a team that's anything less than excellent in an All Ireland Final so we just have to concentrate on ourselves and training as hard as we can to ensure we're as strong as we can be and make sure we're up to the challenge on the day.

5. How will the team prep for the big game?

We'll prepare the same way we'd prepare for any game I'd imagine. We'll be training 3 or 4 times a week and playing a challenge game or two!

6. What would it mean to the team to win?

It would be absolutely amazing. Winning an All Ireland-Final with your club is the ultimate dream for any player so it would be huge for the club.

7. I'm sure you're hoping the people of Kildare will get behind you in the run up to the big day?

Ah yeah definitely. We have amazing support from the people of Johnstownbridge and it would be great if the whole county got behind us in the run up!