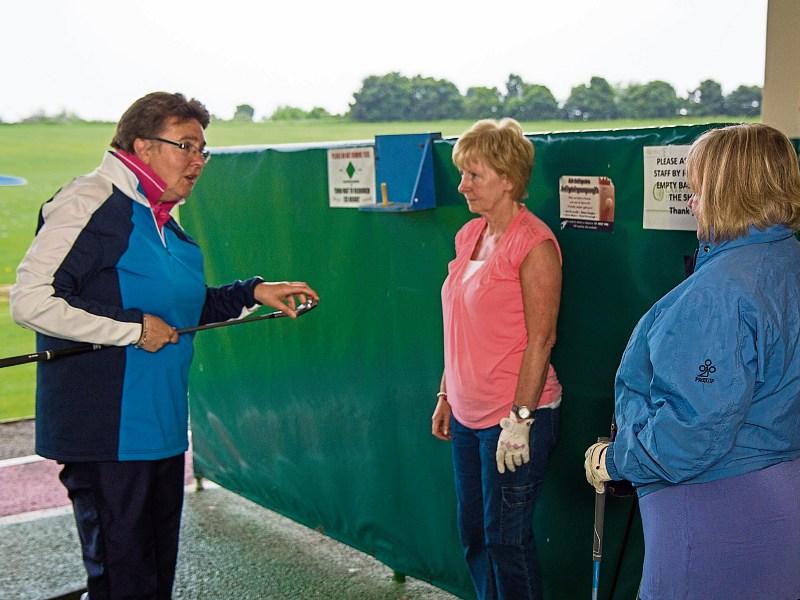 Athy woman Gillian Burrell was appointed the 2018 captain of the Professional Golfers Association (PGA) in Ireland at the organisation’s AGM on Tuesday.

The 55-year-old Athy pro is the first woman to fill this role, and she succeeds Joe Frawley in the position.

Gillian was recently awarded the status of Advanced Fellow professional. She played her amateur golf at Athy GC and Royal Curragh GC going on to represent Ireland as a junior.

“I had ambitions to be a golf professional from early on and always wanted to be a coach,” said Gillian.

“The performance aspect of the game was also important to me. I was very lucky to be around at the same time as Mary McKenna, Lillian Behan and Isabella Robertson. I spent a lot of time with those elite players and I guess I was curious about what made a winner.”

Currently based at Carr Golf Centre at Spawell, Gillian began her career as an assistant working for Ciaran Monaghan at the same venue some 27 years ago. She progressed to Newlands GC with Paul Heeney and went with him when he moved to Charlesland GC.

Having finished her apprenticeship with Paul, Gillian worked at a driving range for a number of years later moving to Stepaside Driving Range in 2000 and then around 2012 she returned to Spawell, partnering with Carr Golf.

Gillian's professional career includes spells as Training Consultant with Junior Golf Ireland, Special Olympics Ireland and CGI. She also spent several years working with the ILGU as Leinster Coach. Currently working as a PGA coach and coach educator, she insists that it is still a challenging business environment for PGA professionals.

“I am encouraged to see PGA professionals in other golf related roles; working as directors of golf, in golf marketing and in golf travel. There are opportunities out there but it does require some thinking outside of the box,” she added.

Unfortunately, a wrist injury will curtail Gillian's playing opportunities in 2018 but that won't stop her attending events and visiting clubs across Ireland during her term of office.

“I want to promote the work of PGA professionals as I go around the country,” she said.

“I will be trying to push the PGA brand because we have to look at the bigger picture and the many PGA professionals that are succeeding in all sectors of the golf industry.”