WATCH: Documentary on former Kildare manager Mick O'Dwyer to be aired on RTÉ

Great success with the Lilywhites 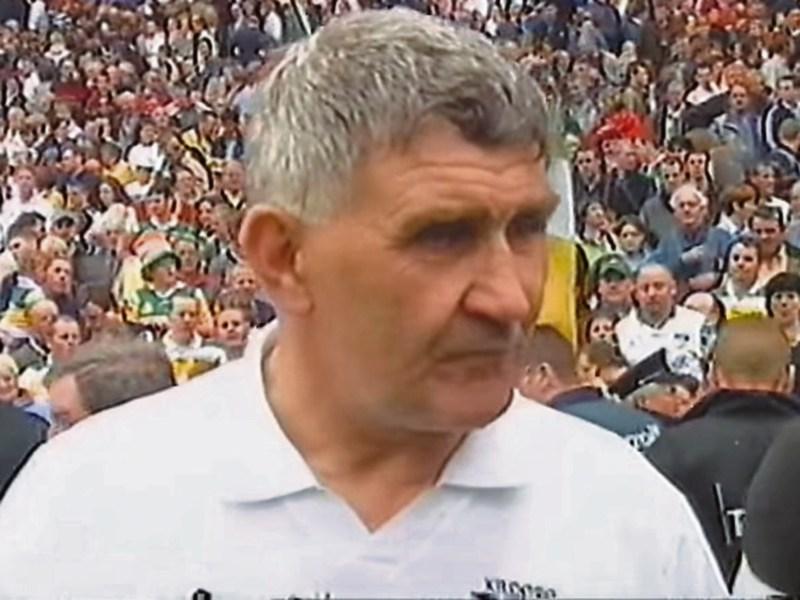 Mick O'Dwyer being interviewed by RTÉ after Kildare v Offaly in 2000 PICTURE: YouTube

A documentary on the legendary Mick O’Dwyer is to be aired on RTÉ next week.

O’Dwyer, who is now 82-years-old, enjoyed an illustrious career in the GAA.

He had managerial reins with Kildare, Laois, Wicklow and Clare, and won eight All-Ireland titles with his native Kerry, before calling time on his 60 year career in 2014.

When the Lilywhites reached that year’s All-Ireland final the county were hoping to welcome back the Sam Maguire Cup for the first time since 1928, but were beaten by Galway by four points.

He was reappointed for a second tenure in 1997. Another Leinster title followed in 2002.

O’Dwyer also won a Leinster with Laois in 2003, and a Tommy Murphy Cup final with Wicklow in 2007. He enjoyed a five-year stint as the Garden County manager before taking over Clare.

The greatest manager in the history of the game, some might say.

'Micko' will be televised on RTÉ One this Monday January 8, at 9.35pm.

"I'm totally addicted to the game... I'll keep at it until I go into the grave"
'Micko' - Watch the new documentary on the life of the Kerry great on RTÉ One on Monday 8th January, 9.35pm pic.twitter.com/uMW55UT9mq