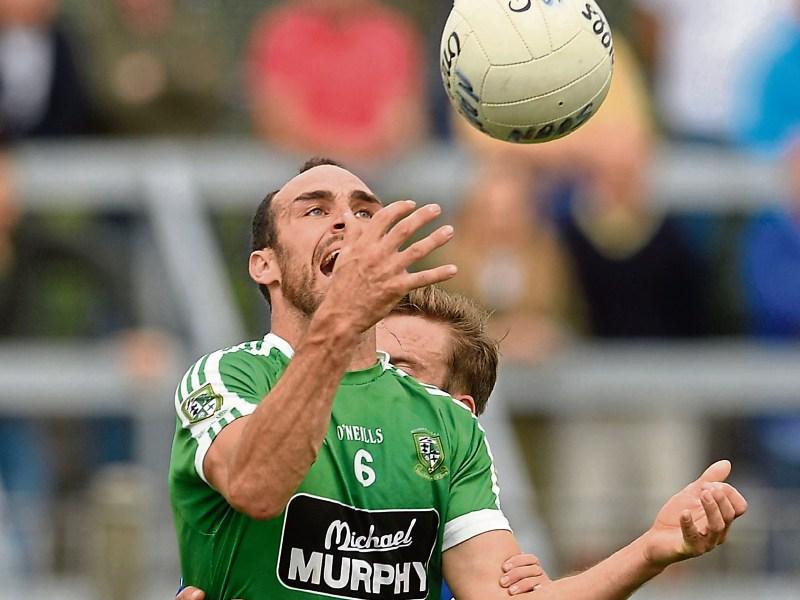 There were incredible scenes at the final whistle at O’Moore Park in Portlaoise this afternoon as Moorefield claimed the AIB Leinster SFC club football title.

The Newbridge side edged a one-point victory against St Loman’s of Mullingar with a final scoreline of 1-14 to 2-10. Kevin Murnaghan scored the winning point for the Kildare side.

Moorefield had an excellent first half, with a solid defence and the side winning a lot of ball around the midfield. The Kildare men led by three points at half time, with a scoreline of 0-7 to 0-4, but St Loman’s started strongly in the second period, levelling the game with 37 minutes gone.

Loman's took control on the resumption and in a blistering eight minute spell, first off all drew level before a Ken Casey goal saw them take a three point lead.

James Murray reduced the gap but the Westmeath champions were dominating and pushed the lead out four and while Eanna O'Connor reduced the gap.
A second goal from Ronan O'Toole looked to have Lomans on their way leading 2-10 to 0-10 with 55 minutes on the clock.
But The Moores began their incredible comeback with an Eanna O'Connor free, followed by a brilliant goal from Roli Sweeney set up by James Murray and suddenly it was a two point game and with Paul Sharry picked up a second yellow and the side line official signalling five minutes of time added on.
O'Connor left one in it and then had the sides level at 1-12 to 2-10 with a minute of time added on remaining.
Back came Moorefield with a free on the 45, Eanna O'Connor pulled his effort to the left; Sweeney get a fist on it to fire it across the square where Kevin Murnaghan grabbed it and fired it over for one of the most remarkable endings to any Leinster Club final.
Amid amazing scenes the final whistle arrived, and for their second time in their history Moorefield were crowned Leinster Club champions and into an All Ireland semi final.
Scorers: Moorefield, Eanna O'Connor 0-8 (5 frees), Roli Sweeney 1-1, James Murray 0-2, Eddie Heavey 0-1, Kevin Murnaghan 0-1, David Whyte 0-1.
St Lomans: Ronan O'Toole 1-2, Ken Casey 1-1, John Heslin 0-2 (2 frees), Kelvin Reilly 0-2, Paul Sharry 0-2, Shane Dempsey 0-1.
ADVERTISEMENT - CONTINUE READING BELOW