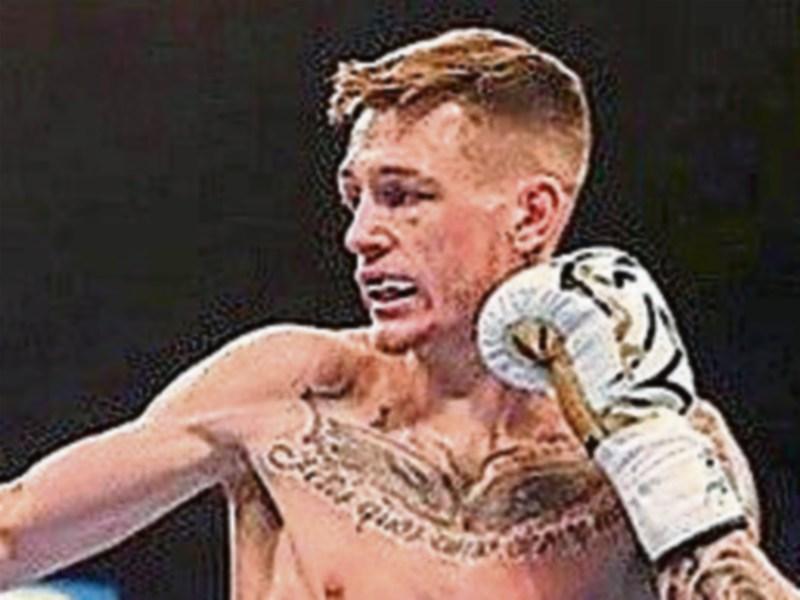 Naas lightweight Gary Cully got proceedings underway on the massive ‘Frampton Reborn’ card in Belfast this evening and did so with another impressive victory.

The southpaw was the first fighter in action on the big BT Sport bill as part of the untelevised undercard.

His third fight in three months since turning pro, Cully was handed a late step up and was matched with Birmingham’s Kane Baker.

Cully faceed a much heavier opponent, with the away fighter usually competing at welterweight.

Baker was game and came into the bout with a winning record – with his only previous loss coming to Matchroom starlet Conor Benn – however he was no match for the silky skills of Cully.

21 year old Cully began patiently, probing the body, before closing the opening round out with a huge backhand left that sent Bake rocking back.

Baker upped the aggression at the start of the second but Cully soon regained control. A bloodied Baker was starting to wilt – although still landing the occasional potshot into the third – and Cully was landing incisive shots from the outside almost at will.

Cully finally put his man down in the fourth round with a hurtful straight left counter. Baker rose unsteadily to beat the count and managed to withstand a final minute assault to the body to see the bell.

Going to the referee’s card, Cully claimed a 40:35 victory.

Cully will now take a short break before resuming his apprenticeship.