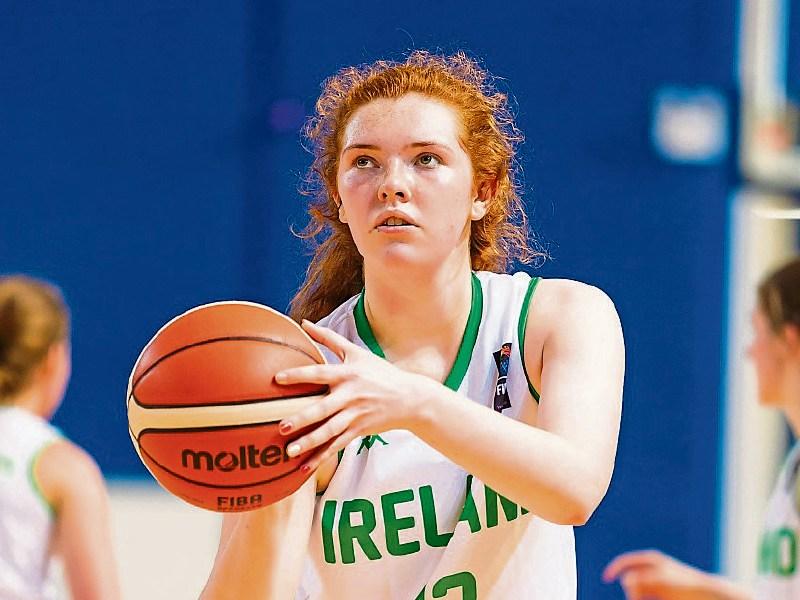 Two young Kildare women have made basketballing history as Ireland’s U18 women’s squad reached the final of the FIBA U18 Women’s European Championship in Tallaght this evening.

The team drove home to a historic and memorable 68-57 point win against Poland in the semi-final of the FIBA U18 Women’s European Championship Division B.

The promised land of Division A basketball is now on the cards for the team in 2018 - as they have officially been promoted for next year’s championships - as too is a coveted spot in Sunday night’s final at 8.30pm in Tallaght in front of what is set to be another sell-out crowd in Tallaght.

This squad, captained by Monasterevin’s Claire Melia and with Courtyard Liffey Celtics’ Sorcha Tiernan, now have the unique honour of not only being the first Irish basketball team to reach a European Championship final, but to also play Division A basketball and, for Head Coach, Tommy O’Mahony, the smile on his face couldn’t get any bigger.

“It’s hard to believe. I’m lost for words,” he said afterwards. “They were absolutely fantastic, especially when there was only four points in it down the stretch with a minute or two to go they stepped up, nailed some shots – it was absolutely fantastic.

“We lacked a bit of composure at times, we didn’t do what we were supposed to do on things, but we got them refocused in the second quarter and did a lot better job. I think they’re mature beyond their years out there and it’s a night that will live on in the memory for a long time.”

Indeed, it was Poland who got the better of the opening exchanges as the girls in green struggled to settle their nerves. The thunderous crowd at the National Basketball Arena were behind the Irish from the get-go and there was huge applause when Dayna Finn scored Ireland’s first basket. Poland’s 5-0 scoring run halted momentum and they maintained their lead, 15-9 at the end of the first quarter. Ireland took back the lead two minutes into the second quarter, after a fantastic scoring run was finished off by Sorcha Tiernan’s pinpoint three, which forced the Polish to call a timeout and regroup. The emphatic roar of the Irish fans guided the team on and they led 28-23 at halftime.

There was a deafening roar when Dayna Finn weaved her way through the Polish defence and put Ireland ten points up as the third quarter ticked by, and both Claire Melia and Rachel Huijsdens made huge threes to hold on to a two-point lead going into the last.

The crowd were in full song when Louise Scannell came off the bench to make two huge scores in the fourth and though Poland matched them score for score, they began to have troubles of their own when their top scorer Julia Nielacna was fouled out. In the end, it was destined to be Ireland’s day as they booked their place in the European Championship final on a scoreline of 68-57.

WATCH BELOW: As the team celebrates and the crowd goes wild after the final whistle. Video via Basketball Ireland/Facebook