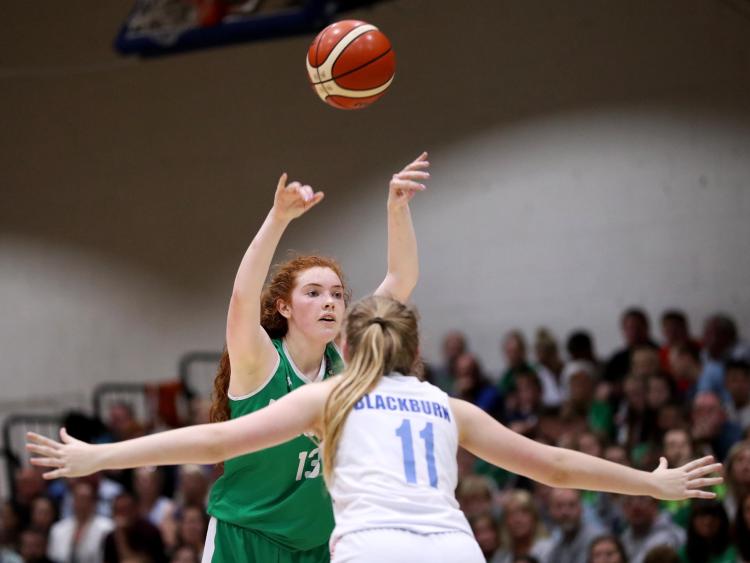 Kildare’s Claire Melia played a pivotal role in the Ireland U18 Women’s magnificent win over Great Britain in Tallaght yesterday as they qualified for the quarter finals of FIBA U18 European Championships.

The team made it four wins from four games and secured their spot in the quarter-finals at the 2017 FIBA U18 European Championships in Dublin with a huge 63-49 point win over Great Britain.

Tommy O'Mahony's side have now topped Group D with just one game left to play against Ukraine today.

The girls in green never doubted the result from the off as they oozed confidence from the tip off and drove into a 19-6 lead by the end of the first.

Claire Melia, who hails from Monasterevin, Bronagh Power Cassidy and Rachel Huijsdens led the scoring early on, with Melia later going on to bag another double-double (her third of the tournament) by the final buzzer.

Louise Scannell and Power Cassidy kept the momentum going through the second, with huge defensive displays across the board from the Irish, with Power Cassidy, Dayna Finn and Maeve Phelan in particular working hard on the British guards to keep them at bay, while Melia was on hand under the boards to get vital rebounds to lead 37-23 at the half.

Another huge performance in the third quarter saw Power Cassidy bring her tally to 13, with Melia making the stats spin once more with huge rebounds and assists and kept her position as a firm favourite with the fans with hard work at both ends of the court to finish 51-30 to the good at the end of the quarter.

Strong defence in the fourth quarter of a tough and physical contest ensured Ireland ran out deserving 63-49 point winners in the end and book their spot in this weekend's quarter-finals.

Check out this footage from Claire's club, Portlaoise Panters.