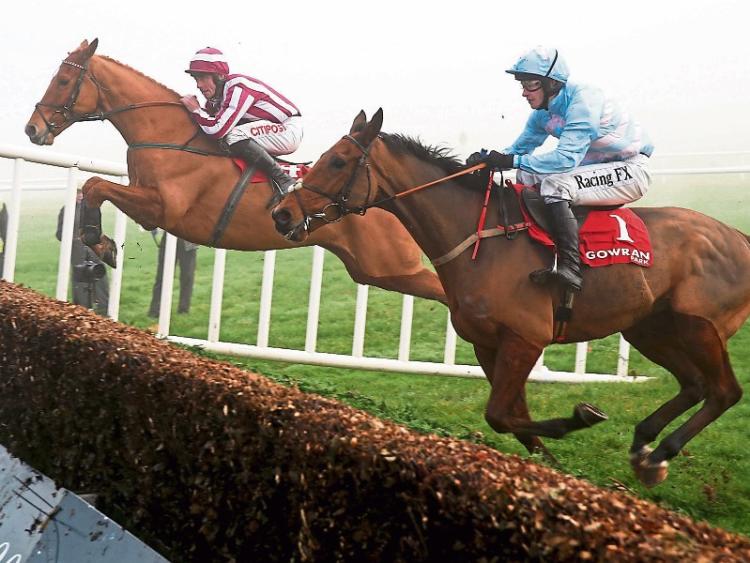 There's racing at Gowran Park and Limerick on Saturday afternoon, and there are a couple of notable entries catching the eye. In the 17:40 race on the card at Gowran, there are a number of horses with boundless potential. INSAYSHABLE for Aidan O'Brien is rated 107 and is clearly the highest rated in the field. ANEEN is rated 98, while Dermot Weld's NEWCROSS is capable of improvement after just two starts. However, I'll side with the 83-rated PINCHECK (10/1) for Jessica Harrington. This four-year-old made the switch from Luca Cumani's yard to Ireland late last year after mixed fortunes. He was fifth and eight in his final two starts in England, but before that had finished just five lengths behind the high-class BARNEY ROY on debut. Having moved to Harrington's base, he made his Irish debut a winning one at Leopardstown in May, beating Captain Hardship into the runner-up spot. The bookies don't give it much chance, but the shock could be on here.

Meanwhile at Limerick, BALLYOISIN (6/4) is the one to follow on Saturday in the 16:20 Limerick GAA Chase. Enda Bolger's charge seems in good heart of late, having won a good race at Killarney on Tuesday. He was comfortably clear of DEVILS BRIDE and MR FIFTYONE on that occasion and with similar ground expected in Limerick, BALLYOISIN can make it a quickfire double. The main danger could be SHADOW CATCHER for Gordon Elliott but the nine-year-old has proved expensive to follow, finishing second, eighth, fourth and second in his four most recent races. The key piece of form for our selection is with Willie Mullins' TOWNSHEND. BALLYOISIN was a cosy six-length winner against that rival in January, and he has been a notable performer of late for the powerful Carlow handler's yard.

On Sunday, RED SABOR (3/1) looks a solid bet for trainer Andy Slattery in the 15:25 at Fairyhouse. He is a worthy favourite following two very impressive victories recently. He got the better of the argument with AGGRESSION at Bellewstown earlier this month, and followed that with a battling win over MUR HIBA at Navan last week. Both of those were small-margin victories, showing this horse's ability to stick his head out and grind out a result. As well as that, he holds form with the likes of multiple winner LITTLE CLARINET and HUNAINA, a good winner at Leopardstown on Thursday. He was less than two lengths behind both of those and the performances they have put in since make for positive reading for form watchers. Andy Slattery is a trainer that does well over the summer months and this may well be one of his 2017 money makers.

In the next race (15:55) on the same card, BARCA (9/4) looks like a horse who is finally getting the hang of things after a poor start to his racing career. The Aidan O'Brien trained three-year-old took his time and wasn't on the fringes of the leaders in each of his first two starts. He was eight lengths in arrears to the winner on debut and 15 lengths back the next day. He improved to finish third on his third start, finishing four lengths behind NEW TERMS at Fairyhouse earlier this month. He went one better to finish second, just DILMUN on his most recent start at Dundalk on July 12. He's getting closer with each effort and this could be his day to get in front. There will be three newcomers in the field and they could turn out to be anything, but of the others with experience, there's nothing to suggest BARCA is massively behind or in front of anything. PERFECT SOLDIER is attracting support, but he's been far from reliable.