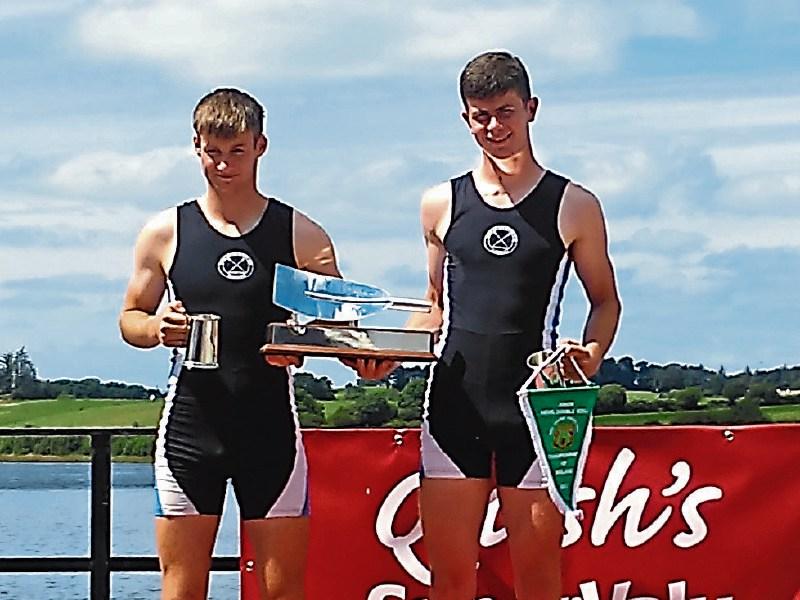 Four Naas students, were among members of the Three Castles Rowing Club in Blessington whoparticipated and brought national success to the club last weekend.

In the quadruple scull final the Blessington team came through to win with just two seconds separating the first three crews, gaining Three Castles their first junior success since being founded  in 2011. Members of the winning crew were Rory Quinn, Oisin Clune, Tadgh McKnight and Aaron Keogh.

In the double sculls Rory and Oisin along with Tadgh McKnight and David Gilheany both advanced to the finals from an initial entry of 30.

In the final itself Rory and Oisin came with a late burst to defeat Castleconnell and Clonmel with the second crew of Tadgh McKnight and David Gilheany finishing in sixth.

In the U16 singles final Aaron Keogh and Luke Flynn came second and third in the final while the U14 boys came second in the quad sculls; the crew included Dylan Woods, Daniel Devaney, Rob Gilheany, Robert Collins and Eoin McLoughlin.

In the U16 quad semi final the crew of cox Blaithin Clune, Jonathan Grace, Tiarnan McKnight, Caolan Higgins and Dara O’Brien just failed to make it to the final.

Meanwhile Oisin Clune, Rory Quinn and Tadgh McKnight will be part of the National junior squad for the Home Countries team which will be held in Scotland this weekend.