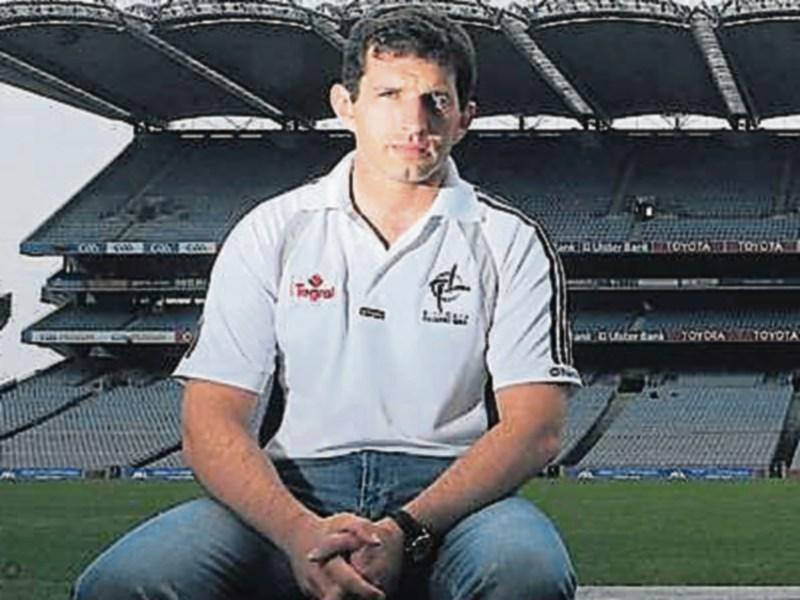 There are many, many players out there who have given outstanding service to Kildare down the years, but none more so than former top notch custodian Enda Murphy.

If Kildare fans have been patient over the last number years, that probably pales into insignificance when one looks at the career of Enda Murphy.

Called into the senior squad initially by Mick O’Dwyer back in 1994, the Leixlip goalkeeper had to wait no less than eight seasons before making his championship debut in 2001, in Mick O’Dwyer’s final year in charge; that game was against Louth.

Murphy lost his place to Tom Corley during Kieran McGeeney’s regime but when the Moorefield man picked up an injury Enda Murphy was the man to step in and finally made the no. 1 shirt his own.

He played in two Leinster finals, losing to Dublin and Laois while he also lined out for Ireland twice in Australia in the International Compromise Rules Series.

So any young player that may have been called into the Kildare senior squad this season and is still awaiting to make their first championship appearance, just take a look at Enda Murphy, it may have taken all of eight years, but eventually, his patience and his persistence paid off.

Now of course Enda is a member of the Kildare management set-up under Cian O’Neill and along with Roli Sweeney are the men who will  guide Kildare fortunes from this season into the future, wherever that brings them.

The likeable Murphy says that while it takes up a lot of time, you have to manage your time and you must have the full backing of your family, but he is really enjoying his latest lease of life with The Lilywhites.

For some strange reason it may not be well known but for the past three years Enda Murphy has been heavily involved with the successful Castleknock Club in Dublin and admits that when he got the call from Cian O’Neill “it was totally unexpected but he had no hesitation in taking up the offer to become involved.”

I more or less look after the goalkeepers and the the defence while Roli takes the role with the midfielders and the forward players, adding, “so far things have gone extremely well; great league, promotion to Division 1 and now the Leinster final, so we have to be very pleased where we find ourselves at the minute.”

The three of us have gelled very well, admits Enda, we are all more or less of the same opinion of how the game should be played and so far everything is working out very well.

Enda Murphy did admit that when the draw for this season’s Leinster Championship was made back in October, they did look at the path that they would have to travel if they were to make it to the final but “we had no long discussion on the subject; we didn’t sit down and say we have to do this or that; that’s not the way we operate; we, from the very beginning concentrated at all times on the next game that was coming up, whether that be an O’Byrne Cup came, a league game or the championship game.

“From our own experience down the years we are more than aware that if you take your eye off the ball, regardless of who you were playing you would be caught out and that is the way approached it; never really looking down the road but only to the next game.”

Asked if Kildare have concentrated on the ‘mark’ this year in regards to kick outs, the Leixlip man said that “while we have excellent midfielders who can field the ball “we also have plenty of players around the pitch who can equally shine in this regard; we don’t just rely on our two midfielders in this regard and it is something that we have got a good return out of and no doubt Dublin will be fully aware of that and they will try and counteract that particular area of our play,”

Asked if Kildare will be deviating from that tactic Murphy said that “that is just one aspect of our game and one only one and of course we will  be varying things in that regard and there are times when you need to take the sting out of the game and, no doubt, in certain situations the long kick out may not the be the best tactic to employ and through our coaching that is what we concentrate on, talk to the players on and basically educate players of the various different aspects of play that need to be employed in any game, not just Sunday’s Leinster final, but getting the ball out of defence from a short kick out takes a lot of work but it is all about getting the balance right and hopefully we can get that right on the day.

“It’s really all about options, having options, Dublin always seem to have options from their kick outs and that is a vital part of the modern game and we just have to make sure when the ball goes dead that we have the options to go short, to go long, to go left, to go right, it’s all about the options, all about choosing the right option at any particular time and any particular situation.”

Asked if the preparation and the training and the coaching for goalkeepers has changed since his days between the posts, Enda, pauses, smiles before suggesting “yes, of course, because Mick O’Dwyer use to have us running around the field, but yes it has changed, when I am working with Mark (Donnellan) and Shane (McNamara) we concentrate on many different aspects of goalkeeping, positioning, shot angles, all the various aspects of defending and of course kick outs, so to answer the question, it has changed, drastically.”

In his time at Castleknock Enda Murphy of course had one Ciaran Kilkenny under his wing and saw him develop into one of the country’s top class attackers over the past number of years, what are your thoughts of him?

“A talented player, without a doubt, he takes his football very serious, works extremely hard on all aspects of his game but we must remember that Dublin is far from a one man team, they have talent throughout the entire team and to be honest I am looking forward to the challenge that we face in trying to keep them under wraps; we face a huge task but  hopefully can cope with.”

On Kilkenny, Enda admits that he can play in various positions, “in Castleknock we played him at full forward where he is a good target man, but he is also a very good play-maker; he is playing exceptionally well at the minute; and remember at one stage last year he operated on the half back line, so a really talented player.”

Admitting that being out of a Leinster final for all of eight years is simply too long, the former International Rules player said that “we have to ensure now that we keep this team up to the level we have reached this year, and beyond, this is a very young team, a side that has come together over the last year of so but this is not just only about Sunday, we need, and expect, to be competing with this bunch of players for the next number of years in Leinster final and beyond, the average age is under 25 and we want to ensure we perform at this level this year and for the next three, four or five years.”

How does the present squad compare with  teams he had been involved with in the past, Murphy responded that “back in the late 90s we had great leaders, great footballers throughout the side, led by a brilliant leader in Glenn Ryan but this team is a young team and there are guys emerging with similar qualities to the players that were there then; potentially there is as much talent in this squad as there was back then but we need to keep developing, we need to keep improving from game to game; this a great opportunity for us to play against the Leinster and All Ireland champions to see where we are really at and we can take it on from there as without a doubt we have a generation of players coming through who has had success at under age level; many of them are good enough to have played sport professionally, they have come back home now better players from that experience;  this group compare very favourably with the teams of the late 90s and early 2000s.”