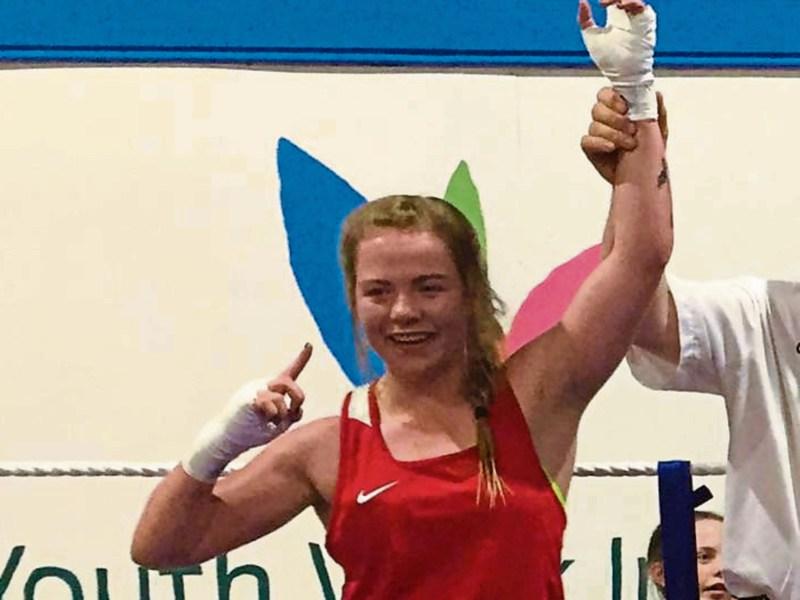 A talented young Kildare female boxer is through to the quarter finals of the European Championships.

She was up against Lithuanian boxer Vytaute Kupciunaite, and beat her 5-0.

Katelynn and her fellow clubmate Margeurita Nevin were chosen along with sixteen female boxers to represent Ireland.