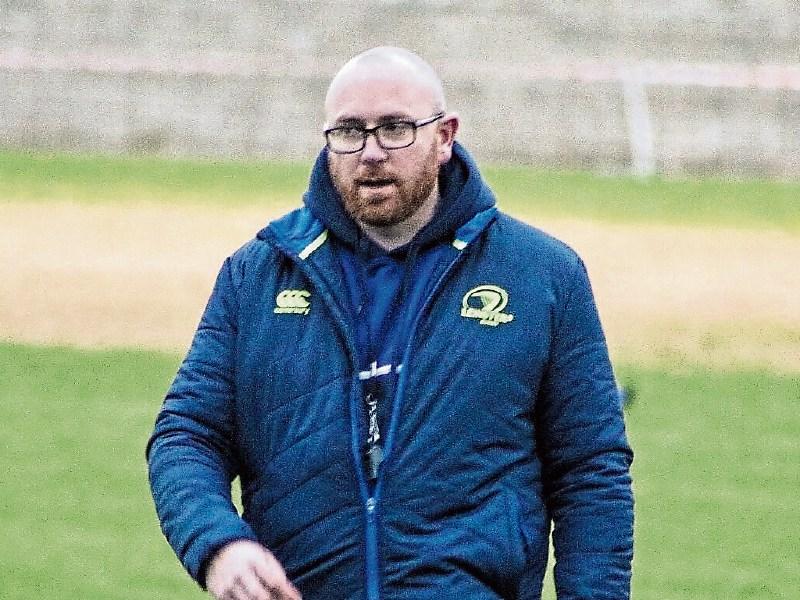 This year’s Junior Interprovincial Series are starting on this Saturday, April 29, when Leinster take on Connacht in Newbridge RFC at 2.30pm.

Leinster are hoping to get off to a strong start following last year’s disappointing first match against Munster where they lost 43-20.

Ahead of the clash, Leinster head coach, Newbridge man David Mahon, voiced his thoughts on this year’s competition. There is an abundance of optimism amongst the Leinster squad this year.

“With the way the fixtures have fallen with the Towns Cup and the Round Robin, for the first time in a long time we have the pick of all the players so it’s probably the strongest panel that we’ve had in my time involved,” said Mahon, a former Newbridge RFC player and head coach who is now at the helm in Monkstown.

Lenister Juniors have not won the Interprovincial series since 2014 but they are out to claim the title this year and hope to secure all three wins.

‘Leinster Junior rugby as a whole is in a strong position. It’s a very healthy and vibrant league. It’s exciting to be a part of this junior team and the league,” he added. “This shows great enthusiasm heading into the tournament. Brilliant displays of talent have been portrayed at the training sessions. With over 30 players showing up to training each night, it will be tough to cut the team down to a squad of 23. Training sessions are being held in Clondalkin RFC on Tuesday and Thursday nights with thanks to the club. There is strong talent from all over the province which will be showcased in the games against Connacht, Munster and Ulster.” 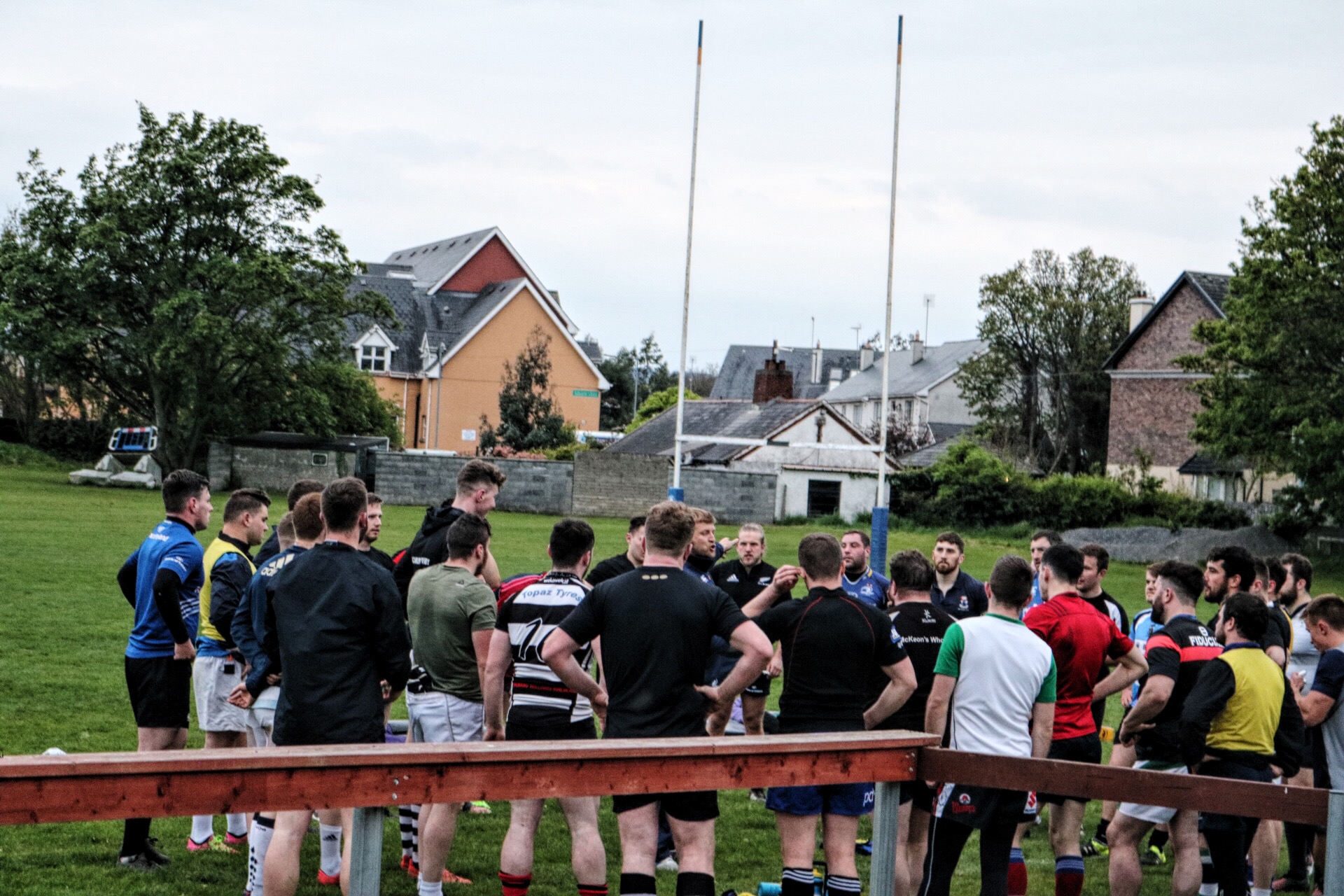 In the lead up to last year’s Interprovincial series, Leinster faced Polish team Gdynia and this year’s team were supposed to face the Polish national team. However, that game didn’t go ahead but it is looking very likely for next year. Mahon explained: “Unfortunately it fell through the cracks and didn’t happen but I know it’s not necessarily off the books altogether. I think there’s an opportunity potentially next year for it to happen.”

The Interprovincial series offers great opportunities for players. Mahon spoke about how in recent years several players have gone on to play with the Irish amateur team in the Six Nations.

Regarding the prospect of an International junior team, Mahon is hopeful that it could happen in years to come. He revealed: “I do think it would be a reward for guys who stay loyal to their clubs to potentially come through and get some international recognition. Players would aspire to play junior rugby, not that they don’t already but if there was an international aspect that would really make it very exciting’.

Unfortunately, due to the lack of funding, the prospect of an International junior team is not yet on the cards.

“I think it boils down to money really. It’s the budget. All the other representative sides are part of the identification pathway and the reality is that junior rugby is not high on the list.

All support is welcome at the games from grassroots rugby players, their families and the public – and it is very much appreciated by the players and the team management. Conor McCrossan of North Kildare is the sole Kildare man to feature on this year’s panel.

Leinster’s fixtures this year are as follows: 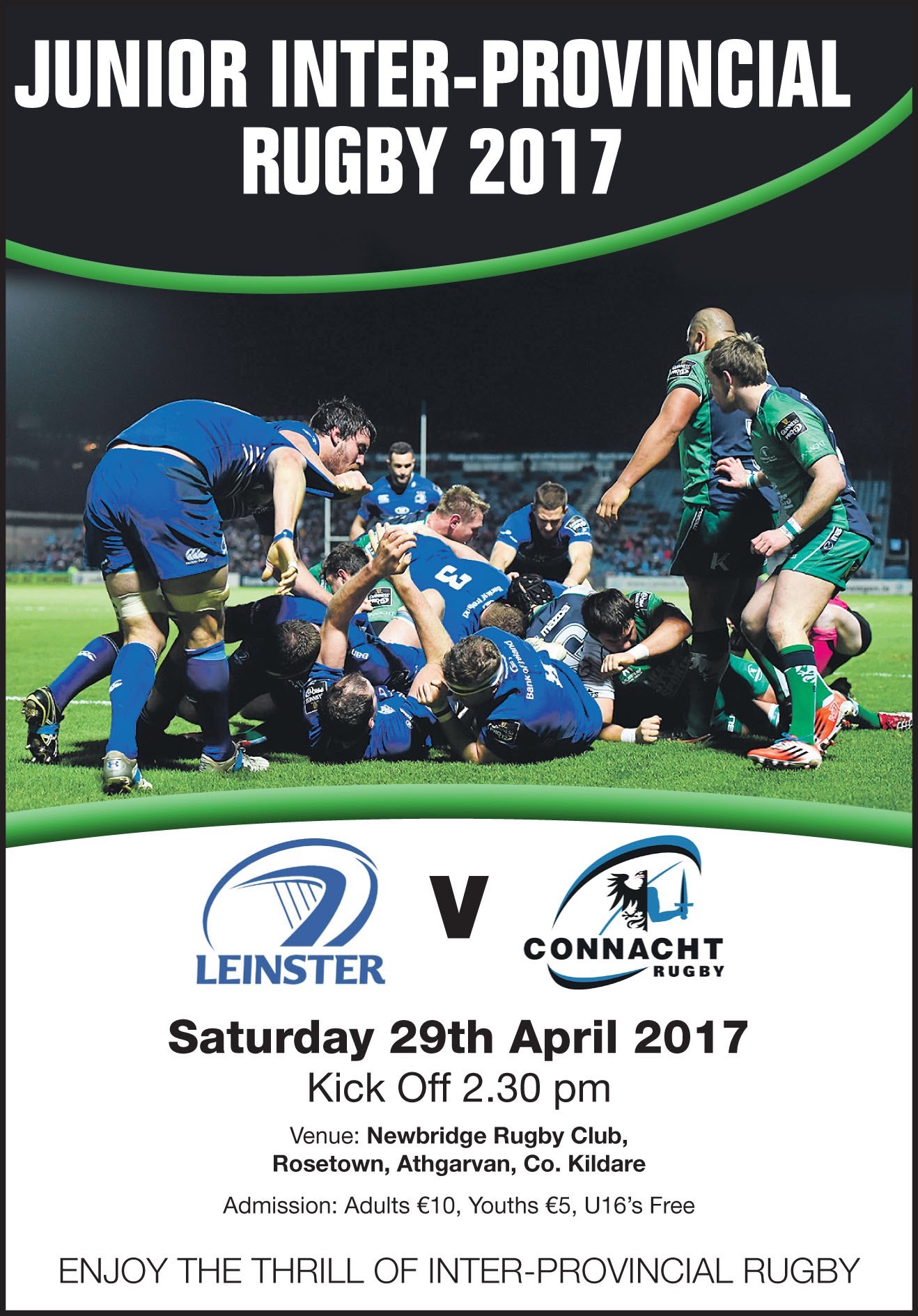