Sprinter Sacre to parade at the Punchestown Festival in Kildare

Festival set to kick off next week 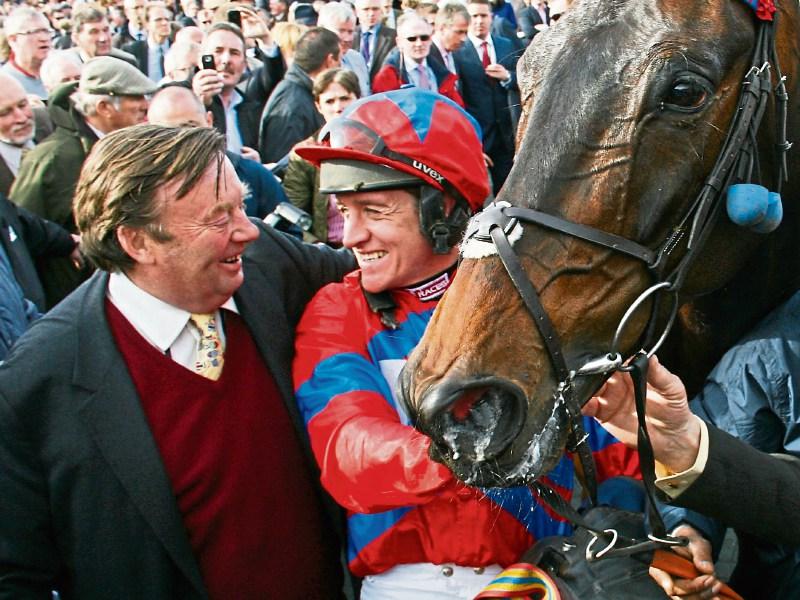 Sprinter Sacre, regarded as one of the best chasers of modern times, will parade on the opening day of the 2017 Punchestown Festival, Tuesday April 25.

The now retired ten-year-old will return to the scene of one of the most memorable race days at Punchestown when he landed the 2013 Boylesports Champion Chase. This was to be his only Irish appearance and the crowd broke all attendance records for the opening day of the Punchestown Festival.

Looking forward to what will be one of Sprinter Sacre’s final public appearances before he spends his retirement at owner Caroline Mould’s property Nicky Henderson said; “For us Sprinter Sacre’s visit to Punchestown was one of the greatest and most memorable days racing we’ve had. The reception we received was unforgettable and we are delighted to be able to bring him to Ireland to say goodbye. This is definitely his farewell tour – he’s like the Rolling Stones!”

The 2017 Punchestown Festival takes place from Tuesday April 25 to Saturday 29.