Leixlip and Ireland on alert for Daniel Brennan arrival 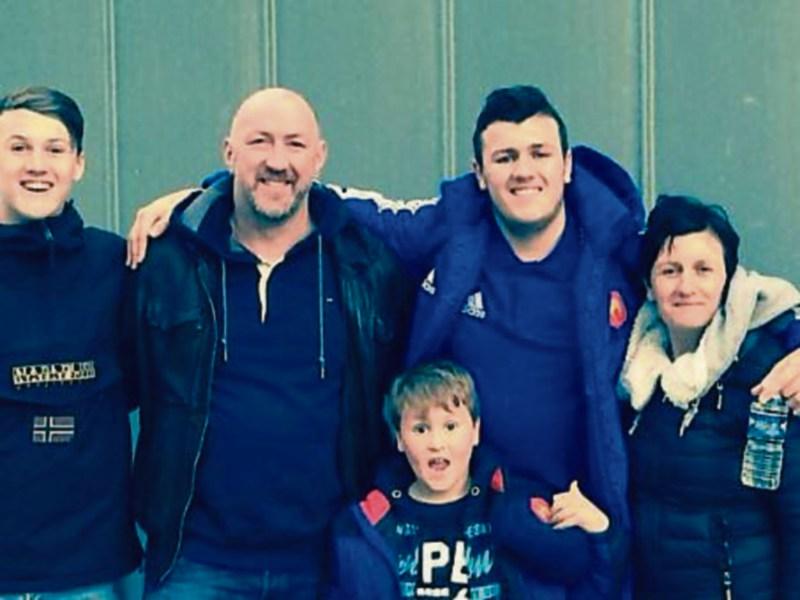 A KILDARE born rugby star could be lining out against birthplace country of his parents and grandparents this Friday.

It remains to be seen if Daniel Brennan (18) will line out for the French U.20 side when it takes on Ireland at Donnybrook this Friday evening.

Son of former Irish international, Trevor, and his wife, Paula Kennedy, both from Leixlip, and grandson of  of Rory and Iris, Daniel went to France when he was two years old, his dad, having signed up with Toulouse.

For rugby fans at MU Barnhall, where his grandad, Rory, and his uncles are regular fans, Daniel’s time has been coming for some time.

After joining Toulouse in 2005, he progressed through the youth ranks at the club where his dad won two Heineken Cups as a player.

When we spoke to Rory, and Daniel’s uncle, Errol, they did not know if he will be playing this Friday.

Some MU Barnhall club sources believe  that due to his relative youth, Daniel would not be on the field for the first two games of the current international season but could be for the third or others. The Irish game is the third. He lined out for Toulouse on Sunday.

Rory said he was due to join the French squad in Paris today, Monday (February 20)  and he would be assessed on Wednesday (February 22) with a view to Friday’s match.

Rory (Daniel’s chief fan, said Errol) said Daniel turned 18 on September 23. He will have another year with the French U.20 squad. He captained the French U18 squad in South Africa and played with the U17 French side.

Daniel has signed a two year professional deal with Toulouse.

The record of this rugby mad family is notable. After Daniel comes Josh, who was 15 on November 28 last. Also born in Leixlip, he is is equally impressive. Rory said that Josh, a second row, is 6ft 7ins high, taller than Paul O’Connell. Josh has played with the French U.16 side.

Obvious questions have arisen about either of the lads opting to play for Ireland.

One suggestion  is that Daniel will stay with France but that Josh may think of Ireland.

Rory said: “Josh said he would think of playing for Ireland but that could change. Trevor has not put any pressure on the lads.”

They have a younger brother, Bobby (10), who was born in France.

That is another day’s work.

Meanwhile, the Brennan clan, who now run a single pub in Castelginest, Brennan’s Bar, having sold their first, De Danu, in the city of Toulouse, will be in Leixlip this weekend. Donnybrook is likely to benefit from an extended MU Barnhall contingent.