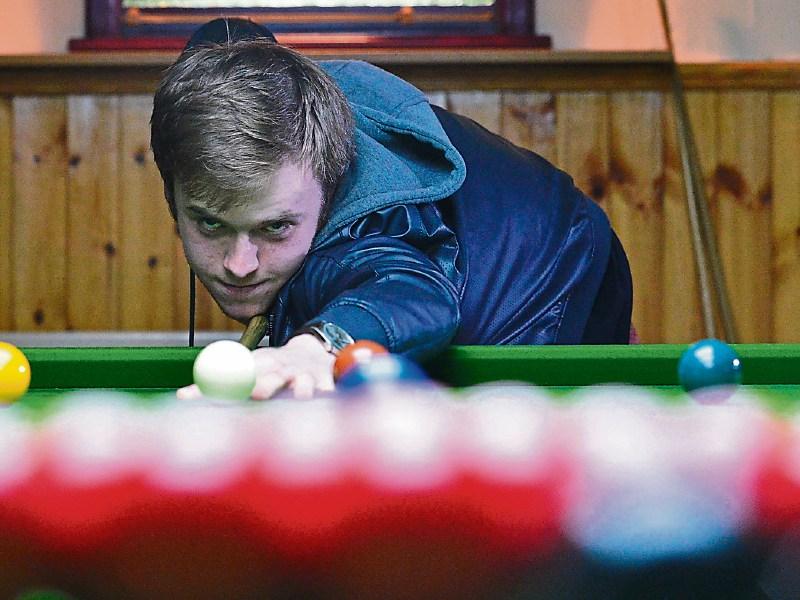 Newbridge CYM snooker star, Josh Boileau caused a major shock in Round 2 of the Coral Wales Shooker Open when disposing of World No 6 Sean Murphy this afternoon.

The Sallins man who had a fine 4-1 over England’s Hammad Miah (4-1) in the opening round, followed up today when causing one of the biggest upsets of the tournament defeating Sean Murphy 4-2.

This was undoubtedly Boileau’s greatest success since he turned professional last season.

Josh led 3-0 before Murphy fought back to make 3-2, however the Newbridge player held his nerve to take the match 4-2 setting up a third round game against Robert Milkins, for a place in the last sixteen.