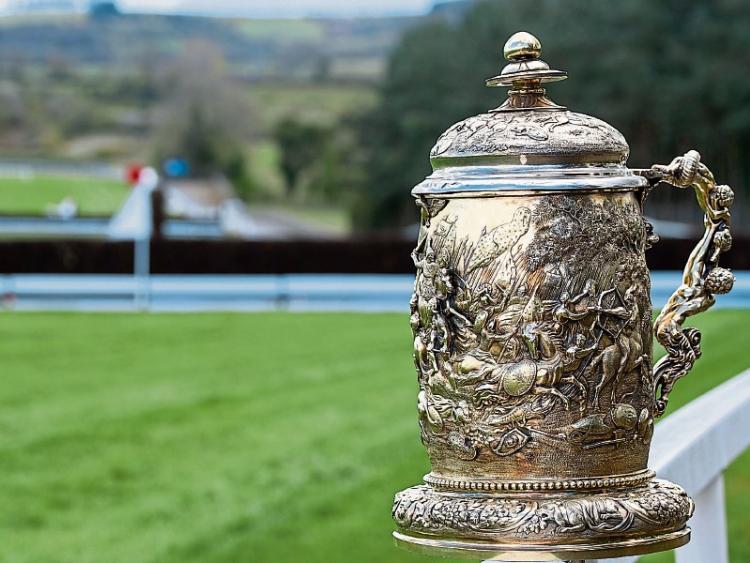 The 2017 Punchestown Festival received yet another major boost today with the announcement that sponsorship for the Gold Cup is to increase by €50,000, bringing it up to a massive €250,000.

Leading bookmaking firm, Coral, are the new title sponsors of a race, considered to be the most prestigious three mile chase on the Irish racing calendar, the big race to be now titled Coral Punchestown Gold Cup.

Previous winners of the race, the centre piece of the Punchestown Festival (Tuesday 25 to Saturday 29 April) include Gold Cup winners Imperial Call, Kicking King and in 2015 Don Cossack.

Carlingford Lough was successful for JP McManus, trainer John Kiely and top jock Barry Geraghty in 2016. Geraghty has the distinction of winning this most prestigious race on no less than five occasions, riding five different horses for five different trainers, with the popular jockey saying “I’d be more than happy to make that six.”

Coral first sponsored at Punchestown on the final day of last year’s Festival and Janet Creighton, Head of Sponsorship at Punchestown said that “the fact that Coral have returned this year as title sponsors of one of the most prestigious fixtures on the Irish sporing calender shows their commitment to Punchestown and indeed to Irish racing.”

The Punchestown Festival of 2017 has no less than eleven Grade 1 races and is expected to attract over 120,000 patrons to the famous track.