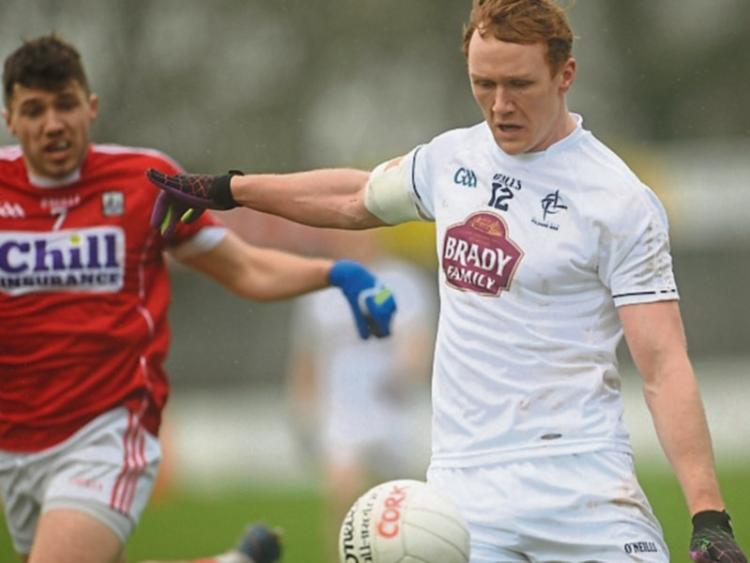 Kildare manager, Cian O’Neill, expressed his delight after Kildare's six point win over Cork this afternoon at St Conleth's Park. “Two wins from two games is great, especially against Meath and Cork today but what really pleased us is the way the defence stuck to their guns when the pressure came on, but as I said last week, one game at a time but this is very encouraging nevertheless."

Playing with the aid of a near gale in the opening half, on a bitterly cold day, The Lilies led at the break 0-8 0-3.

As anticipated Cork piled on the pressure on the resumption chipping away to get within two points of Kildare. Despite having a brilliant goal from Daniel Flynn disallowed on 44 minutes, after the intervention of the linesman, Kildare upped their game and when Ben McCormack found the Cork net seven minutes later it was looking good for the home side.

Cork got back to within three following a Luke Connolly goal on 58 minutes but Kildare kicked on again with Neil Flynn firing over three points.