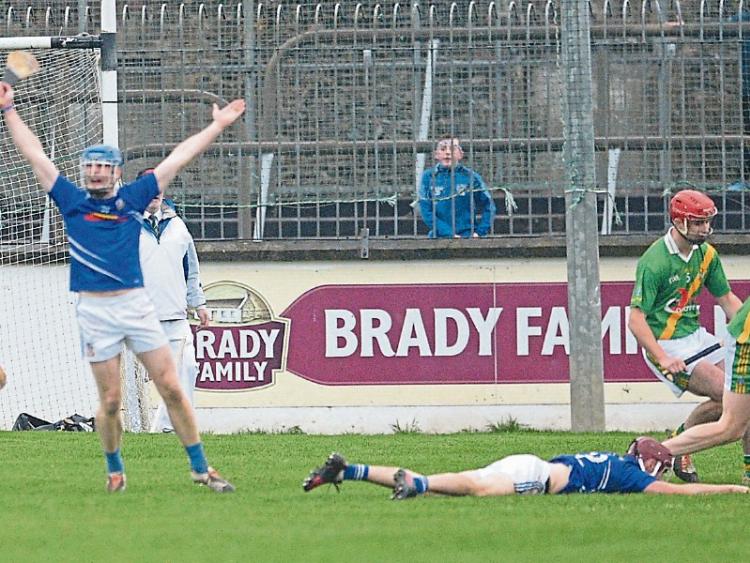 Just twenty-three, he has won four Christy Ring All Stars

While extremely disappointed with the loss to Carrickshock of Kilkenny (conceding three goals in the last six minutes) Celbridge manager Seamus Murphy went out of his way to praise his players, especially man of the match Gerry Keegn.

“Gerry Keegan is an absolute class hurler; I have been down the road with seven different counties and I have had some great players down the years but Gerry is up there with the best; a top player; he is 23 years of age; has won four Christ Ring All Stars, it might be so called second grade hurling but at that age to win four Christy Ring All Stars and to see the performance he turns on is incredible.

“You know he would slightly remind you a bit like the great DJ (Carey); his movement on the ball, his touch is so good; left or right and you know sometimes you find a hurler of his quality that maybe he does not have the same work rate but this lad has everything and he does not like to be beaten which is a great thing in a fella; he is an absolute gem.”