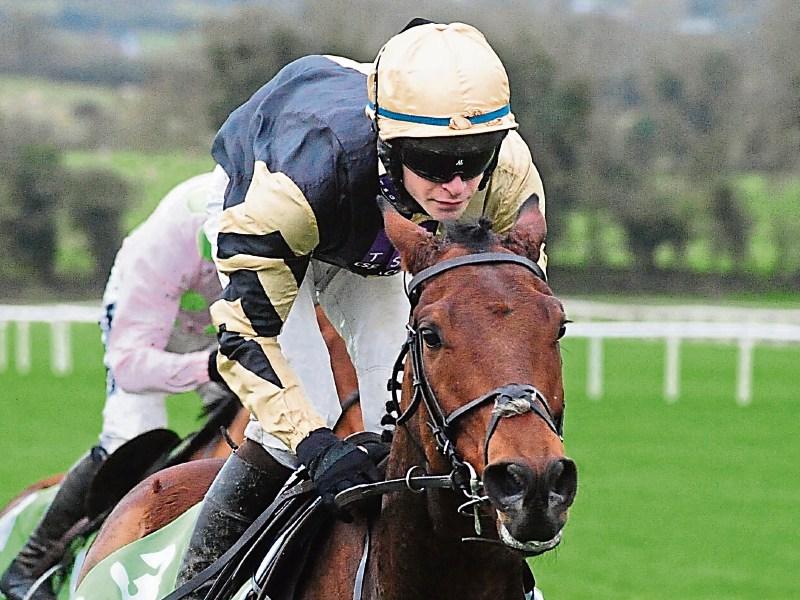 Nichols Canyon will be ridden by Ruby Walsh on Sunday

There may be just five runners for Sunday’s Grade 1 StanJames.com Morgina Hurdle at Punchestown but nevertheless it is all the looks of a quality race.

Last year’s winner, Nichols Canyon, heads the field while champion trainer Willie Mullins is responsible for three with Sempre Medici and Simenon both joining the Ruby Walsh-ridden Nichols Canyon after both Annie Power and Faugheen were forced to miss the race having suffered setbacks this week.

The field is completed by the high class JP McManus-owned duo of Ivanovich Gorbatov, who won the Triumph Hurdle at Cheltenham last season, and the four-year-old filly Jer’s Girl, who gave trainer Gavin Cromwell the biggest success of his career when winning the Tattersalls Novice Hurdle at the Punchestown Festival back in April.

Trainer Henry de Bromhead is strongly represented in the Grade 2 Ryans Cleaning Craddockstown Novice Chase with the exciting Identity Thief spearheading his challenge and the six-year-old will be joined by Attribution and Ordinary World in a race that is made up by Ball D’arc and Bentelimar.

Disko will face a field of five rivals which include the Gordon Elliott-trained trio of A Toi Phil, Jetstream Jack and Space Cadet.

Action returns to the cross country course with the Risk Of Thunder Chase taking place at 2.45 and featuring new recruits to the discipline in Foxrock and Goonyella.

Sunday’s fixture will feature the inaugural running of the Berney Bros. Huntsman’s Challenge in aid of the Irish Injured Jockeys. Eleven huntsmen representing their hunt will take on a section of the mighty Punchestown banks course on their hunt horses. The now retired Gold Cup and champion hurdle winning jockey Conor O’Dwyer will lead the pack as pace maker. Each huntsman has raised a minimum of €500 for the great cause. The challenge will take place directly after each participant has paraded at 11.30 on Sunday morning.