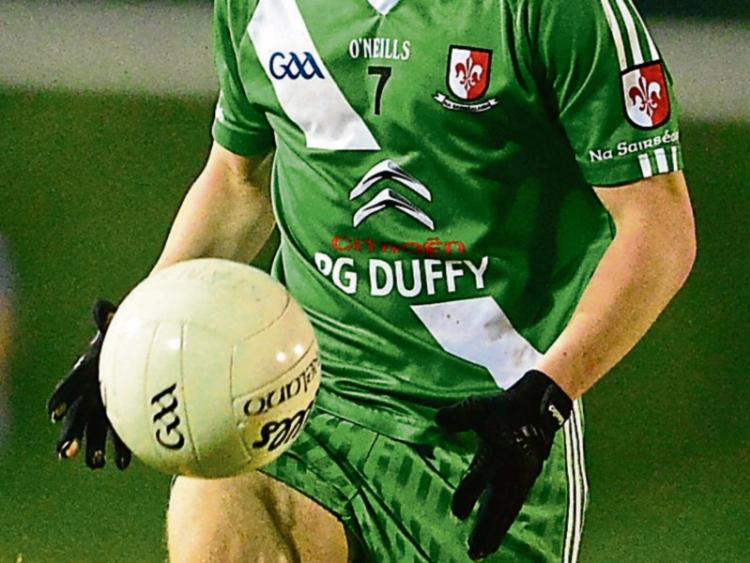 Kildare champions, Sarsfields, crashed out of the AIB Leinster Club SFC quarter final today, going under to Louth champions Sean O’Mahoney’s by 1-8 to 0-8.

In a tough game where no quarter was asked or given, the Louth men led at the break 0-4 to 0-2, with all the scores bar the last point for O’Mahoney’s coming from frees.

Sarsfields missed a point straight in front of the O'Mahony's posts on the resumption before Conor Finnegan incrased the home side's lead with a free. Some aimless from the visitors coupled with a couple of wides did nothing for their cause and when O'Mahony's found the Sarsfields net, an intended pass out of defence was intercepted, tephen Fisher fired to the net to make it 1-6 to 0-3 on 37 minutes.

The Sash were hit a major blow mid-way through the half with Gary White picked up a straight red and all seemed lost. However, that was the incident that lit the Sarsfields revival hitting five points on trot  to leave it 1-6 to 0-8 on 58 minutes with O’Mahoney’s clinging on for dear life.

However it was was the home side that finished the strongest hitting the last two points of the game to win on a final score line of Sean O’Mahoney’s 1-8 Sarsfields 0-8.