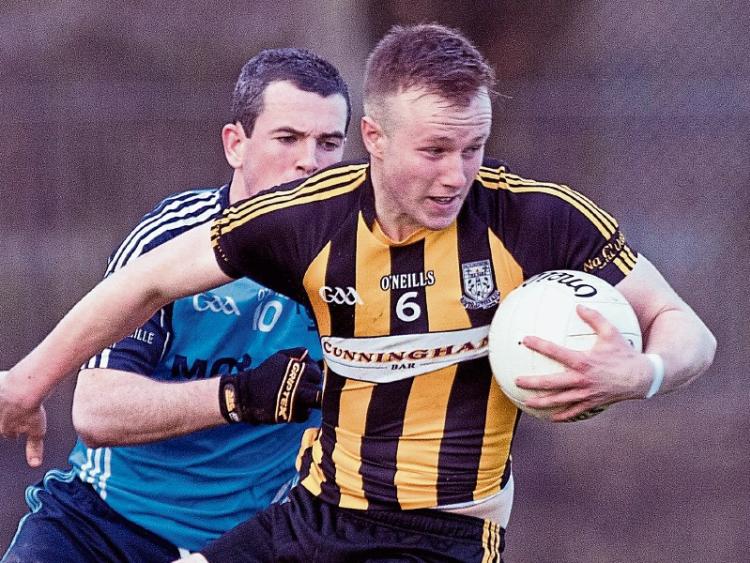 Round Towers missed out on a place in the AIB Leinster Club IFC losing by two points against Meath champions, St Colmcille’s at St Bridget’s Park, Kildare, on Saturday.

It was the Meath champions who got off to the perfect start when awarded a penalty after five minutes for a foot block and while Joe Reynolds’ spot kick was brilliantly saved by James Robinson, the ball broke to Reynolds who fired to the net.

Towers did eventually get going and by half time trailed by just two points 1-3 to 0-4.

Gllenn Ryan's Towers, with a Stuart Murphy goal, brilliantly set up by Mark Waters, got right back into the game, and two quick points saw them take the lead.

However that was as good as it got for the Kildare champions with St Columcilles getting the last three points of the game to win by two.

See this week's Leinster Leader for full report and reaction.

Meanwhile on the domestic front on Saturday, there were wins for Rathangan and Abbey Rangers in the finals of the Tony Donohoe U21 C and D football championship.

Today (Sunday) of course all eyes turn to the Leinser Club SFC quarter final with Kildare champions, Sarsfields taking on Sean O'Mahoney's of Louth in Drogheda with a 2 pm throw-in.