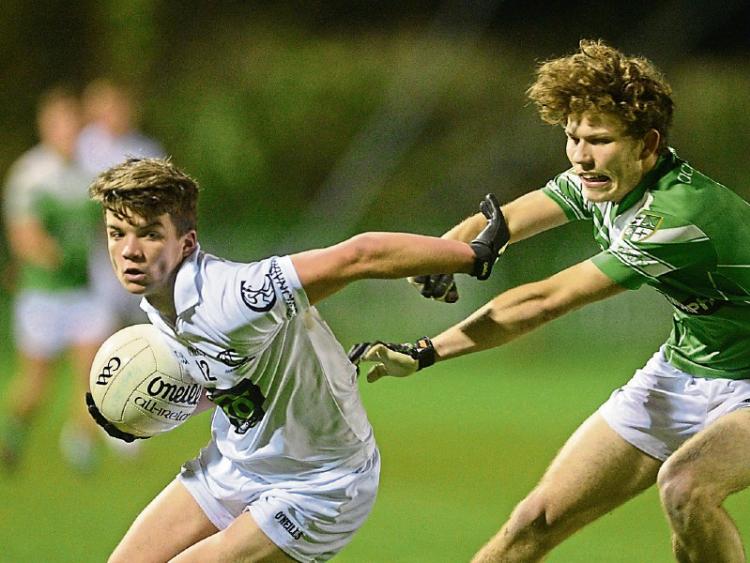 Moorefield advanced to the final of the U21 ‘A’ Football Championship with a hard earned win over 14 man Clane in Hawkfield on Friday night.

Moorefield led at the break and went five clear in the second half, however Clane hung in and put the Newbridge side under considerable pressure in the final quarter. However Moorefield prevailed on a final score line of Moorefield 0-12 Clane 0-9.

In the Tony Donohoe U21 B semi final Monasterevan were too strong for Raheens, winning 2-12 to 0-8, in a game also played in Hawkfield last night.