Fifty years in racing to be recognised by British Racing Association 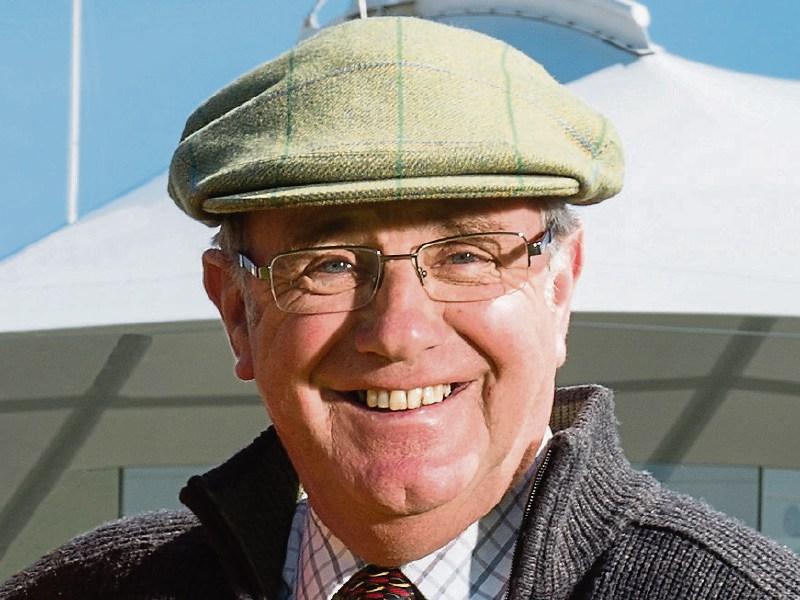 Many is the lad, and indeed lassie, left these green shores down the years and headed across the pond to make their (perceived) fortune.

Some went out of sheer necessity; a lack of work; in many cases no work at all; building sites were the main ‘attraction’ while others went and simply picked up employment at whatever was available.

The racing industry also attracted many to take the boat (at that time) and while not all made it, many did, and made it big, let it be stable workers, jockeys, trainers, administrators or whatever.

One such person who left Co. Kildare over fifty years ago was a chap by the name of Seamus Buckley. A native of Two Mile House, Seamus’ family was (and still is) steeped in the equine industry in various and varied capacities.

Seamus' elder brother, Pat, rode the winner of the Grand National back in 1963 when steering home 66/1 outsider Ayala, trained by Keith Piggott. After he retired through injury, Pat moved to Abu Dhabi where he is heavily involved in track administration to this day.

Sister, Mary, and her husband Dermot Kane, are the owners of Toberton Lodge Equestrian Centre in Johnstown; brother Dennis lives in Dublin while another brother, William, works in security administration with the Turf Club.

Seamus left home at just 15 years to take up an apprenticeship with Capt. Neville Crump (multiple Grand National winning trainer) where he (Seamus) rode with considerable success but unfortunately was badly injured in a fall at Doncaster, fracturing his skull in five places, a fall that forced him to retire from riding.

Initially taking up employment at Catterick Bridge and Epson, Buckley joined Goodwood back in 1995 and has overseen the ground staff operation at the course for 22 seasons.

Under his watch and due to his ”enthusiasm, obsession for perfection and infectious good humour” Seamus has inspired the Goodwood team to win various accolades, as well as the admiration of many people within the sport.

Now Seamus’ work and passion is about to be recognised with a Lifetime Achievement Award at the British Racecourse Association (RCA) Showcase Awards in mid-November.

The Judging Panel for these annual accolades have awarded the Two Mile House native with the Neil Wyatt Lifetime Achievement Award.

Having worked in racing for 50 years the judges commended Seamus “on his contribution across a number of areas of the sport” adding “Seamus is a true gentlemen and a great example to anyone training to be a Clerk of the Course.”

Seamus got his love for horses at Rathasker Stud Farm, outside Naas, where his father was manager and all his life was surrounded by ponies; he was a keen showjumper and three day eventer as a boy.

After his riding career was cut short by that horrendous fall Seamus wasn’t allowed to race again and had to forge out another career, and as he says himself “I decided, with the experience I already had of the racing world, to go into racecourse management.”

While at Epsom Seamus prepared the course for no less than 13 Derbies before moving on to Goodwood which he has been since 1995.

“I enjoy every minute of working at Goodwood. It’s my job to uphold the standards of the British Horse Association. Owners enter up their horses to run here and to help them decide the type of ground they need I have to provide the best ground assessment possible.

To do this Seamus introduced a new very sophisticated way of assessing ground conditions. Known as the ‘Trax Going Stick’ a method that entails pushing the ‘stick’ into the surface of the course in 84 different areas of the track. This then produces an average reading which is measured against what is know as the Legend, basically a scale of how firm or soft the ground is. The entire process can take up to an hour and a half to produce the report but it is accurate and gives owners and trainers extremely valuable information that can ultimately decide if they will run on the day.

Seamus Buckley has undoubtedly come a long, long way from his days at Rathasker Stud and indeed when he ventured to take up his apprenticeship at the tender age of 15.

November 17 he will receive his Lifetime Achievement Award and by all accounts Two Mile House, Kildare, and indeed Ireland’s loss has certainly been Epsom, and in particular Goodwood’s, gain in the form of Seamus Buckley.