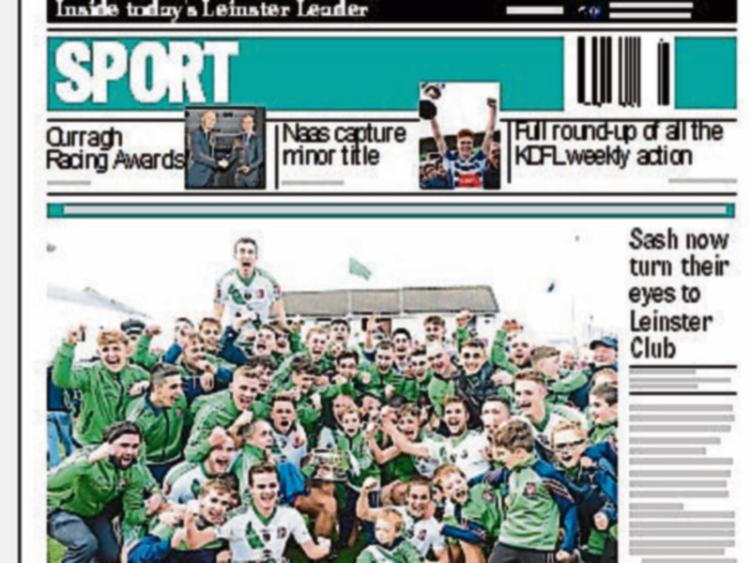 Back-to-back titles as Sarsfields now turn their eyes to Leinster.

Report, reaction, picture coverage and comment on the senior decider.

There was only one real 'star' of this final show (Tommy Callaghan).

Plus Newbridge go under to Roscrea in Leinster Division 2A.

Golf: Gavin Lunny's weekly tip, plus results from the Fairways.

Racing: National Hunt heroes dust themselves down as the flat season winds up (Robert Catterson).

Fruitful trip to the US for Ruby.

Sallins ladies too strong for Allenwood

Bridge United through after shoot out