Ruby adds US Grand National to his incredible achievements 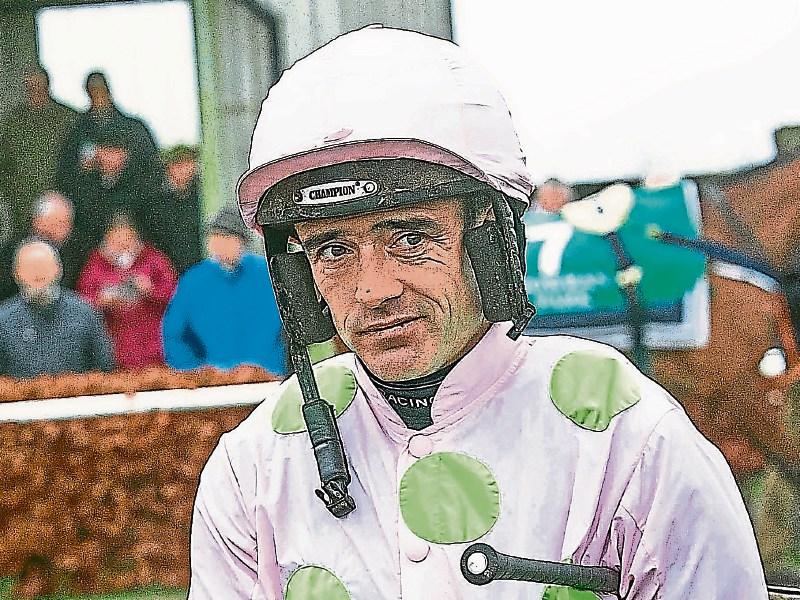 Riding Rawnaq, the Kill, Co. Kildare, man, added the US Grand National to his list of winners in countries that include Ireland, England, Scotland, Wales and Australia.

Rawnaq was trained in Ireland by both Robbie Hennessy and Matthew Smith and won six races for Smith. He was placed in Cheltenham before being sold to Cyril Murphy.

Saturday’s race, the richest jump event in North American, worth  $350,000 saw Walsh get the better of the Nicky Henderson trained Days Of Heaven and the Charlie Longsdon trained Sharp Rise.

Ruby Walsh got the ride on Rawnaq after his regular pilot, Jack Doyle, suffered serious injuries a few weeks ago.

“I didn’t need to be asked twice to come here” said Walsh after his big win, “I thought he was the best steeplechase horse in America; it was a no brainer and it’s a huge purse.”

Meanwhile Walsh has four booked rides this afternoon in Cork starting with Rock Lobster for Gordon Elliott at 1.50; The Fitz Lady for Emmet McNamara (2.55); Upazo for Willie Mullins (3.25) and New Kid In Town again for Mullins in the 4.00.