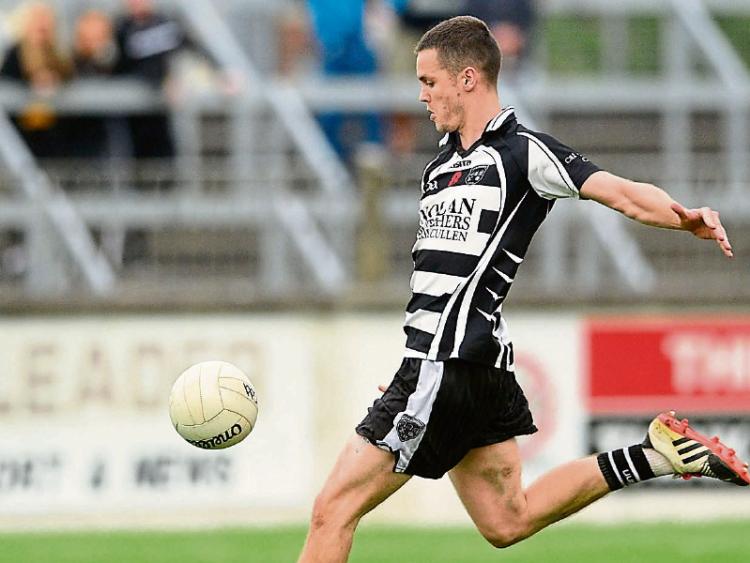 Darren Barker, on the mark for Kilcullen against Amsterdam

Kilcullen footballers and their many supporters returned to home territory on Sunday evening following their success in the Leinster Junior Football Championship and victory over European champions, Amsterdam in Maastricht on Saturday last.

The Rags next opponents are Carlow champions, St Patricks, and with the Kildare champions having a home draw, their is much anticipation that the journey in Leinster can make further progress on Saturday October 22.