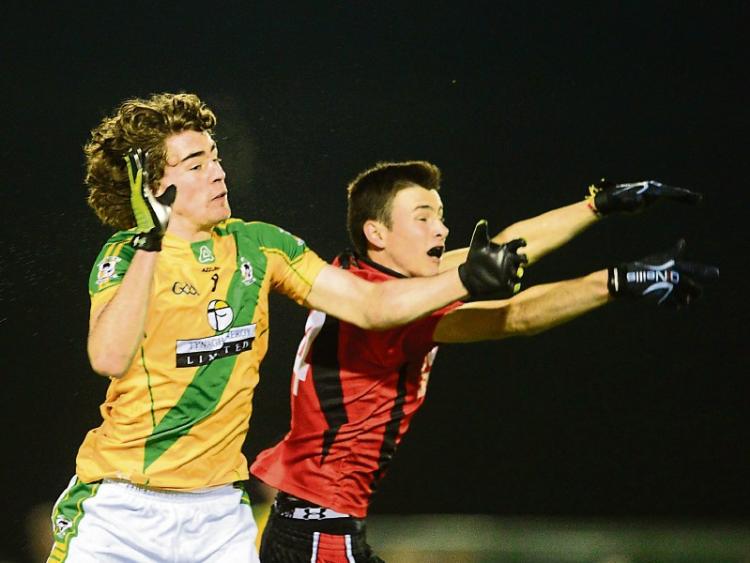 Before a ball was even kicked in anger in this year's IFC attempting to forecast a winner proved as difficult in 2016 as has been the case in recent times.

Unlike other championships the intermediate throws up the possibility year after year of at least six clubs with real genuine chances of taking the title and needless to say this year is no different.

Regardless who was compiling a list for the 2016 championship, one thing is for sure Round Towers was on each and every one and while Two Mile House may not have made it to everyone's short list, they certainly would have been one of the six teams more than capable of going all the way.

Towers, have come through some tough games under the guidance of one of Kildare's favourite sons, Glenn Ryan, and one thing Ryan seems to have instilled into his squad is a bit of steel, courage and never-say-die attitude, just as one would expect.

The Kildare town based team defeated St Kevin's in the opener and then local rivals Rathangan, qualifying automatically for a quarter final spot where they met Straffan, a side they were expected to defeat with ease but were put to the pin of their collective collars before making it through with a late goal from Aaron McConville getting them over the line.

In the semi final it was Raheens who stood between them and a place in the final in what was expected, and was, a tough encounter.

Towers made it through from that game on a score line of 2-10 to 0-13, having dominated the opening half.

Raheens piled the pressure on them in the second half, getting back on level terms, but then Towers did what Towers have become good at, scoring vital goals at vital times.

Two Mile House on the other hand took a different route, losing their opening game to Raheens, a number of back cards that day certainly did not help the Niall Browne and Paul Burke managed team.
They got back on track, as expected, against Castle-mitchell and booked a quarter final spot with a win over Ellistown.

In the quarter final The House handed Suncroft a bit of a pasting setting up a semi final clash with St Kevin's.

Again they were hotly fancied to make it through but had to rely on two late points to force a replay, and having done that made sure at the second time of asking with a comfortable win on Friday night last.

Speaking after the win Paul Burke said they were delighted to finally get over Kevin's, admitting “we knew they (Kevin's) would throw everything at us, they are a very experienced side, not long out of senior level so we knew we had to bring our 'A' game to this and I think we brought 80 to 90 per cent of that to the game.

Pat said the difference in the replay from his side's point of view was the fact that “we won dirty ball tonight, something we had not been doing but we did tonight, especially around the middle third and that was the difference.”

Pat admitted the aim at the start of the season was to get to the final; “then we had a massive set back with Adam's (Burke) injury, a blow to his family and the players but he is progressing well and contacts us before every game, he is driving us on at this stage.”

Pat admitted that Towers will be a big test, “they are not too long out of senior, have a lot of experience, are well set-up with an excellent back room team, it will be tough, very tough, but we will give it a real go” admitted Pat.

Towers boss Glenn Ryan has one injury worry in play-maker Jason O'Brien who was forced off against Raheens. If he was to lose out it would be a big blow to Towers.

Manager Ryan admitted that it will be “Saturday or maybe even Sunday before we are sure one way or another if he will play or not” adding “he is our play maker, a lot goes through him, apart from his scoring ability, but hopefully he comes through.”

Glenn was high in his praise for Two Mile House. “They have achieved a lot in recent times, it is not every club or player that has an All Ireland medals, they are experienced in winning big games and have some exceptional players in their team.”

Towers, who are favourites at 4/6 (Cill Dara Betting) against TMH (11/8) and will look to the likes of Mikey Kelly, Mark Scanlon, Jamie Flynn, Stuart Murphy, the Waters boys and Aaron McConville to see them through while Two Mile House have the experienced Peter Kelly, Mark Sherry, main play maker Chris Healy, along with Matt Kelly, the Burke boys along with the D'Arcy lads.

If Jason O'Brien is fit it could be Towers, if not The House could be crowned champions, it's as close as that, despite the odds!