Owners getting too big for their boots? 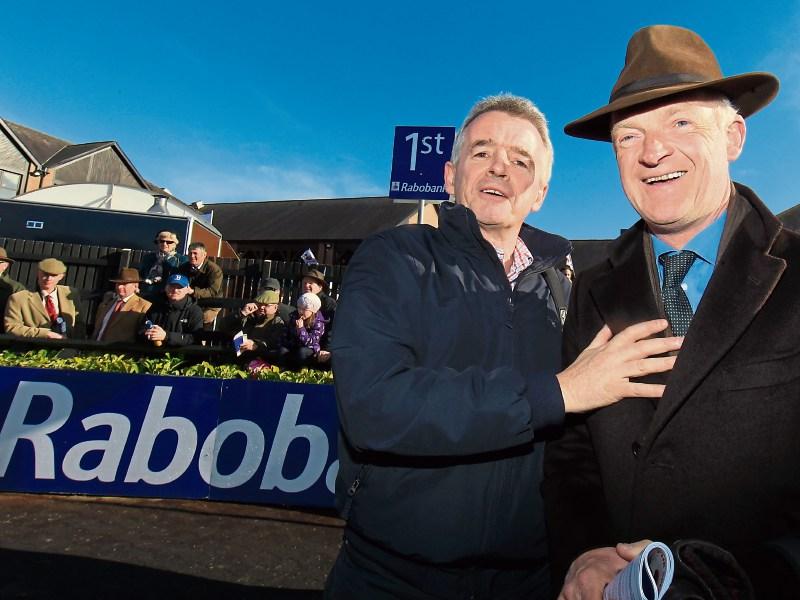 THERE’S a consensus in horse racing that he who ‘pays the bills, calls the shots.' Some would agree with that while others wouldn’t. When it comes to owners, it’s nearly always best to leave decisions to the trainer. That’s the way I’ve always thought anyway.

Last weekIrish horse racing became the subject of huge attention when Michael and Eddie O’Leary decided to take their highly talented string of 60 horses away from champion trainer Willie Mullins.

A disagreement about training bills was the reason given and reports that an increase of €5 a day per horse introduced by Mullins to all of his owners had been implemented.

In the last 12 months, the Gigginstown House Stud team have won over €400,000 in prize money from horses trained by Mullins alone. So having to pay an extra €108,600 a year in training fees wouldn’t have seemed too extraordinary given the standard of results, even it was a business decision.

One wonders which of the two parties is likely to suffer most however.

On one hand, Mullins will lose some of the best horses he had in his care and the horses he is likely to miss most are Apples Jade, Don Poli and Blow By Blow.

However, it’s also safe to say that Mullins made those horses the stars that they currently are. His strike rate for Gigginstown House Stud reads excellently well in recent seasons and since the start of the 2012/13 season, Mullins and Gigginstown have had a superb 33% strike rate in Ireland. That’s only 4% short of the strike rate held by the Rich Ricci/Mullins partnership and when you think of the success of that formidable duo, it seems quite rash of the Gigginstown outfit to make such a move. Especially with the fact that it’s a much better return than the 21% figure held by Gordon Elliott for the same owners and that’s from an extra 387 runners which Elliott has had.

Maybe it has always been the case but it seems in recent years, owners are becoming more difficult to please.

The Gigginstown House Stud team are not unaccustomed to high profile falling-outs as they sacked Davy Russell as their retained jockey in 2014, a move which like the Mullins split, came as a huge shock to most people in the sport.

But they’re not the only ones.

What the Gigginstown team did last week followed suit to that of Alan Potts, who, after regular success with Henry de Bromhead in recent seasons, removed his string from the county Waterford stable. Not only did Sizing Europe put de Bromhead on the map but he also brought the Potts colours to the familiarity to the racing public that they are now and in recent seasons, that owner/trainer partnership returned a fine 23% winning strike rate.

Potts also had a number of horses with champion trainer Willie Mullins up to two seasons ago. Despite a 25% strike rate between that pair, Potts removed his string in a similar move to the one with de Bromhead.

Barry Connell appears to be as equally difficult to please.

In 2013, Connell took on the services of Danny Mullins to be his retained jockey, a partnership which looked destined to reap excellent dividends.

In the two seasons which followed, both enjoyed successful times together including three Grade 1 victories. However, less than two years later, the partnership was in ruins when Connell sacked Mullins and replaced him with the less familiar name of Adrian Heskin.

In the time which followed that appointment, Heskin and Connell didn’t have the greatest of strike rates and in April of this year, Heskin was replaced by Denis O’Regan.

In his time riding for O’Connell, O’Regan has just three winners from 19 rides to his name.

The Flat boys are no better either and Coolmore have had their splits with some high profile jockeys in the past with Mick Kinane and Jamie Spencer being just two to mention.

Last week, Godolphin decided to end James Doyle’s term as their number one jockey despite the fact that it was well known that their trainers weren’t enjoying the best of seasons.

Doyle’s strike rate for Godophin’s two main trainers this season reads a figure of 20% while William Buick, whose job seems safe, has a strike rate of 22%.

In fact, Buick has ridden only four more winners than Doyle in the Godolphin blue this year. So this Doyle decision seems strange on the basis of winners.

Sometimes, it’s easy to point the finger when things aren’t rosy in the garden. In horse racing, the jockey always appears to be the easiest target. After that, it’s the trainer who's next.

However, in sport, and particularly horse racing, some things aren’t always as they seem.