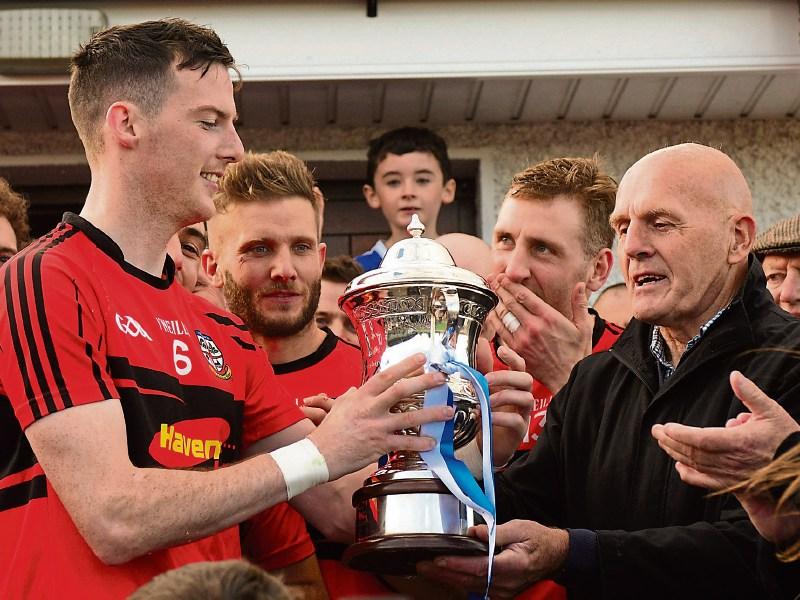 What another amazing weekend of sport, both at home and abroad.

On the GAA front Dublin retained the Sam Maguire as Mayo did what Mayo are good at doing, coughing up titles at the final hurdle. This time though the boys from the west went one better, making one of the most inexplicable decisions to drop their outstanding goal keeper and they duly paid the price.

On the home front Celbridge regained the SHC title with a thoroughly deserved win over a Naas side, that once gain promised so much but failed to deliver as Celbridge dominated from start to finish.

Naas did record two excellent wins to retain the MHC title (fourth time in a row) while their B side also brought home the silverware.

The intermediate title went to Maynooth while Coill Dubh triumphed in the Junior.

In the Joe Mallon SFC semi final, favourites Sarsfields, made short work of dismissing a disappointing Confey outfit and while there were just five points in it in the end, it was a game dominated by the champions from start to finish.

Elsewhere Two Mile House booked their place in this weekend’s IFC with a comprehensive victory over St Kevin’s while Milltown clinched the SFL Division 3 title with a win over Suncroft.

On the rugby front Naas conceded two late tries to go down to Buckaneers in the Ulster League Division 1A while MU Barnhall recorded a fine win, at home, over Skierries in Division 2.

In the KDFL Dylan Connolly got the only goal of the game to send Suncroft AFC into the McIntyre Senior Cup final defeating Clane United while Newbridge Town made it to the Ace Sports Master Cup final after a comprehensive 4-0 victory over Coill Dubh United.

In racing it was a day to remember, even by his standards, for Aidan O’Brien as he saddledthe first three home in the Prix de l’Arc with Found (Ryan Moore) taking top honours at 6/1.

And of course we couldn’t look back on the weekend without mentioning the Ryder Cup. And while the US team finally got their hands the famous trophy after Europen dominating the last six years, nevertheless there was some tremendous golf played and despite his loss in Sunday’s singles, Rory McIlroy certainly put on a show with some incredible golf.

All in all a week to remember ... regardless of your sport.