Naas and Celbridge to serve up a cracker 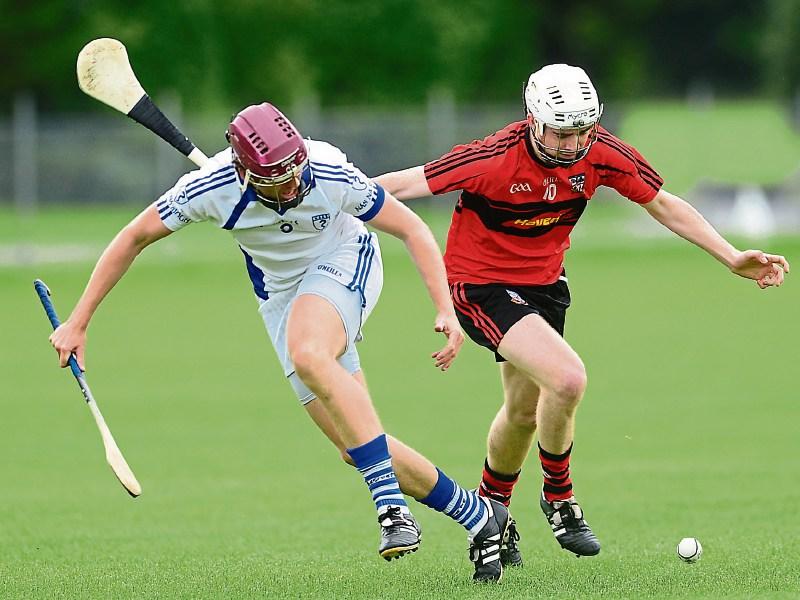 John O'Malley of Naas and Ronan Byrne of Celbridge in action in Round 3 of the SHC at Clane, a game Naas won 1-13 to 1-10

IN many ways this Sunday’s pairing for Kildare SHC final is as novel as it is familiar to many deciders that have gone before over the course of the past 12 years or so.

Back in 2005 a young, hungry and emerging Celbridge met and beat a Coill Dubh team who, generally speaking, were in the winter of their careers.

The same could be said when Celbridge came again in 2009 on their way to three in-a-row, as was the case three years ago when a regrouped and youthful Coill Dubh returned to the winner’s circle for the first time in ten years. They backed that victory up again last year.

Now don’t get me wrong; this Celbridge team is far from finished. Yes, many have been around a while now and have some mileage in their legs but they are, more than anything, season-hardened and know how to win. If their semi-final replay victory over their old adversaries Coill Dubh is anything to go by then it’s clear that the hunger still burns bright within each and every one of them.

Naas, on the other hand, could well be classed in the same mould of that first mentioned Celbridge team. We have waited and waited and waited for Naas to make the breakthrough but after a number of false dawns they have finally booked their place in this weekend’s decider.

They have done it the right way by starting at the bottom and getting their structures at underage in order. The quality of the players that they have produced has never been in doubt; they have won regularly at Under-16, minor and Under-21 levels and in tandem have back-boned many a county team at those respective grades. What has been questioned was whether they were tough enough to take on and conquer those more established than them.

Unsurprisingly they have come up short in recent years due in part to their lack of big-game know-how. But anyone looking in can see that those days of disappointment have instilled an inner steel that leaves this current crop standing on the verge of winning a first county title for their club since 2002. Their league triumph in 2015 may well prove to be monumental in the long run.

How this year’s final will go remains to be seen. Celbridge, I feel, will enter this as slight favourites but the big question mark over them is which Celbridge shows up?

In the drawn game against Coill Dubh they drifted in and out of it, before showing their worth by rallying in the face of adversity with 14-men to snatch a draw. They made no mistake in the replay and while Coill Dubh were poor on the night, this was mainly in part to Celbridge’s dominance throughout.They have match-winners and key personnel throughout the park. Goalkeeper, Niall Lanigan will be a loss if he can’t over-turn a suspension following a seemingly harsh sending off the last day out against Coill Dubh. Defensively, however, they are strong, with the Ó Muineacháin brothers, Tom Finnerty, Pa Curtin and Donal Moloney teak-tough, while Kevin Murphy likes to get forward and chip in with a score or two.

Fergal Conway, if fully fit, will again bring legs and energy to the middle of the park, while talisman Gerry Keegan and Mark Moloney will get plenty of scores between them. They will, however, need greater contributions from the rest of those in the final third.

As for Naas, they are the form team of this year’s championship having won all their games thus far.

Physically smaller than Celbridge but won’t be lacking heart and belief. They have a sound goalkeeper in team captain, Cormac Gallagher who will be well protected by Ross Bergin and Sean Gainey who will occupy the two central defensive positions.

John O’Malley is a powerhouse at midfield and it will be interesting to see if he is matched up with Conway; that could be a battle well worth the entrance fee on its own.

Richard Ryan is deadly from placed balls, as Éire Óg Corrachoill found out when the sides met in the last four nearly two weeks ago, while the pace of both Jack Sheridan and Brian Byrne will prove a handful when feeding off Mick Purcell who will take his place on the edge of the square.

There will be so many individual battles within this battle that could be decisive in the grander scale of things; only on Sunday evening will we know if there has been a changing of the guard.