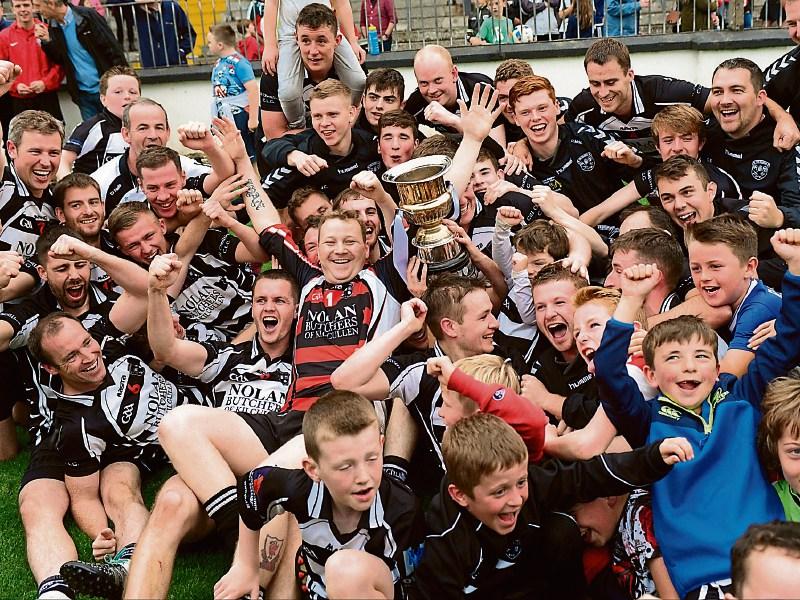 While Dublin and Mayo were playing out a magnificent and exciting All Ireland final draw in Croke Park and Kerry minors making it three minor titles in a row it was also an extremely busy weekend on the local GAA front.

Kilcullen captured the Tom Cross JFC after defeating Milltown in a replay on Saturday.

In the Kildare SHC, Naas defeated Éire Óg Corrachoill to book their place in this season's final while Celbridge and Coill Dubh must do it all again after drawn their semi final.

Confey retained their senior hurling status defeating Clane; while in football Eadestown will also remain senior next term as Monasterevan are demoted to the intermediate ranks.

On the golf front, it was a magnificent day for Cill Dara as they defeated Athenry in the final game on the 19th hole to capture the Jimmy Bruen All Ireland Shield.

On the Rugby scene Naas got their campaign off to the perfect start in the Division 1B of the Ulster Bank League with an 18-13 win over Galwegians at Forenaughts while Barnhall opened with an away defeat by Dungannon 20-15 in Division 2B.

On the soccer front, Liffey Celtic came from behind to defeat Suncroft FC 4-2 and book a place in the semi final of the Lumsden League Cup.

Reports on all these sporting fixtures, plus lots more, in this week's Leinster Leader, in the shops first thing Monday morning